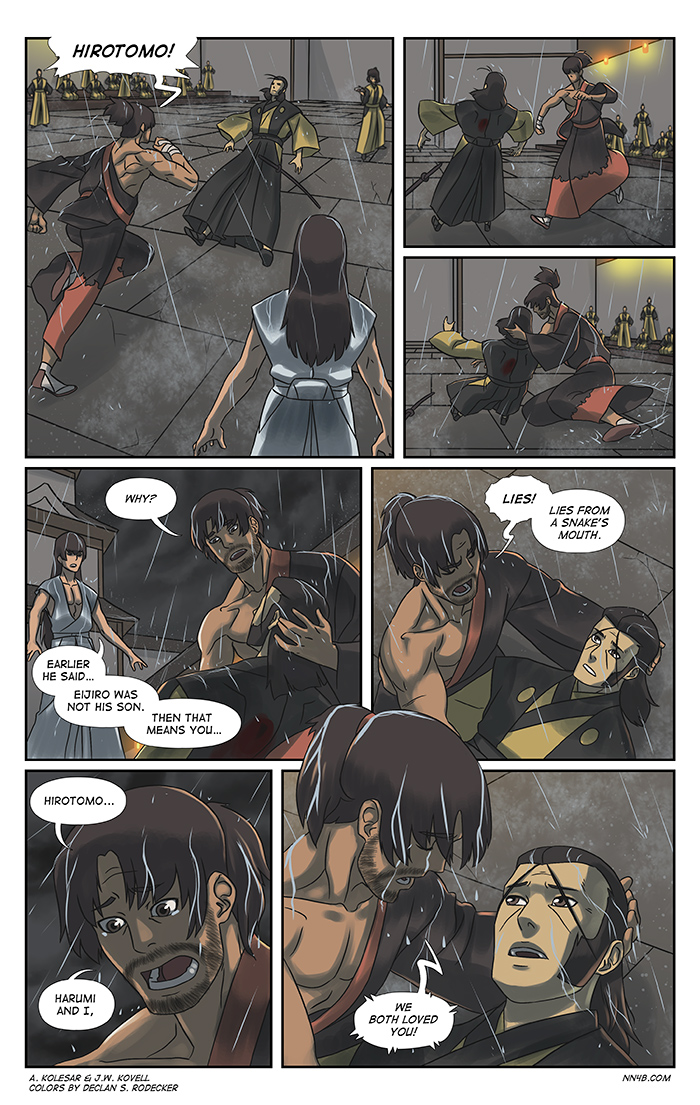 So I’ve actually been pretty trepidatious about posting this page. Just yesterday I saw a tweet that was like “I’m so sick of lgbtq orientation reveal being a major plot twist.” To the person who wrote that tweet, I have no defense. We’ll do better in the future!

There’s also the cliche of gay characters always having tragic love stories, and we’ve kinda fallen into that trope too, although I think it’s worth noting Genchu says “loved” in the past tense. He and Hirotomo have been estranged for a decade now, and there’s no indication that Genchu’s spent every waking moment of that decade pining for the guy that actively tried to have him assassinated (and also who he tried to assassinate). Genchu’s a pretty happy go lucky guy when he’s not fighting, so I think it’s safe to say he’s found happiness outside of his decade old unrequited relationship, although I do regret not showing that was the case in the course of the comic.

Back when we introduced Genchu into the storyline outside of flashbacks, and he was living in a shack as a fisherman, I’d strongly considered giving him a significant other that would ask him not to leave with the Portuguese traders, and Genchu would then promise  to return. Ultimately, I think that may have been a better way to introduce Genchu’s orientation, but at the time we were working to economize the story, and it was cut mainly to keep things moving along at a faster pace (dang, that was four years ago!). 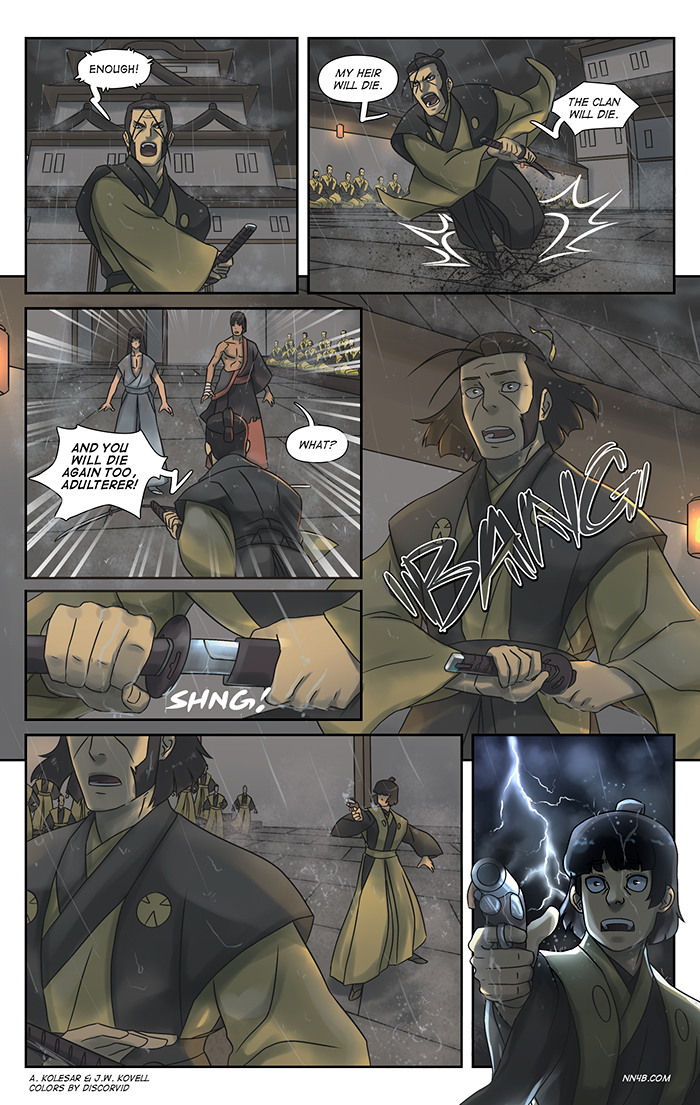