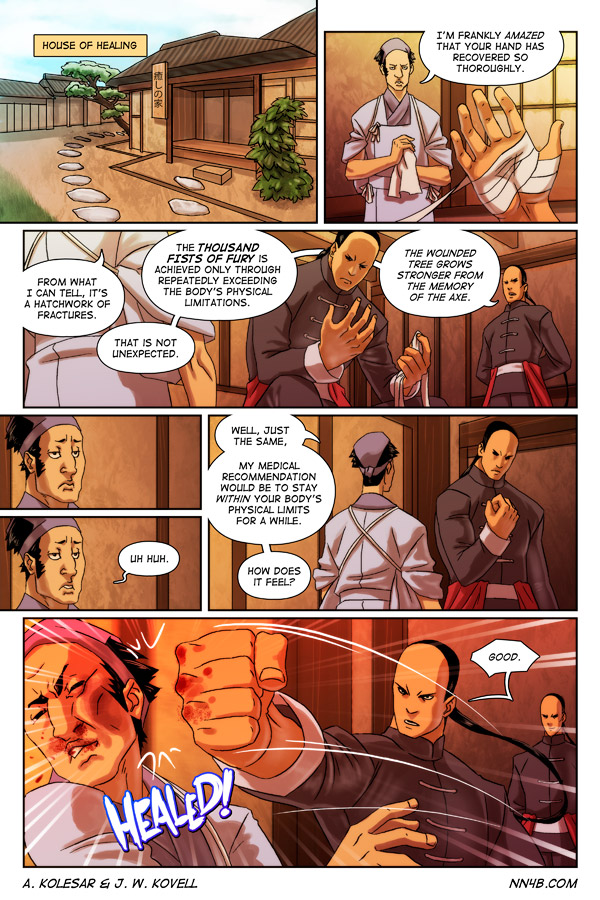 The Wu Tang Bros! Haven’t seen those guys in a while, have we? So here’s a nice scene to re-establish that they’re big jerks. DUDE’S A DOCTOR, GEEZ! Also, I may get comments about the sign on the doctor’s door, but I used google translate, so I hope it’s close enough! 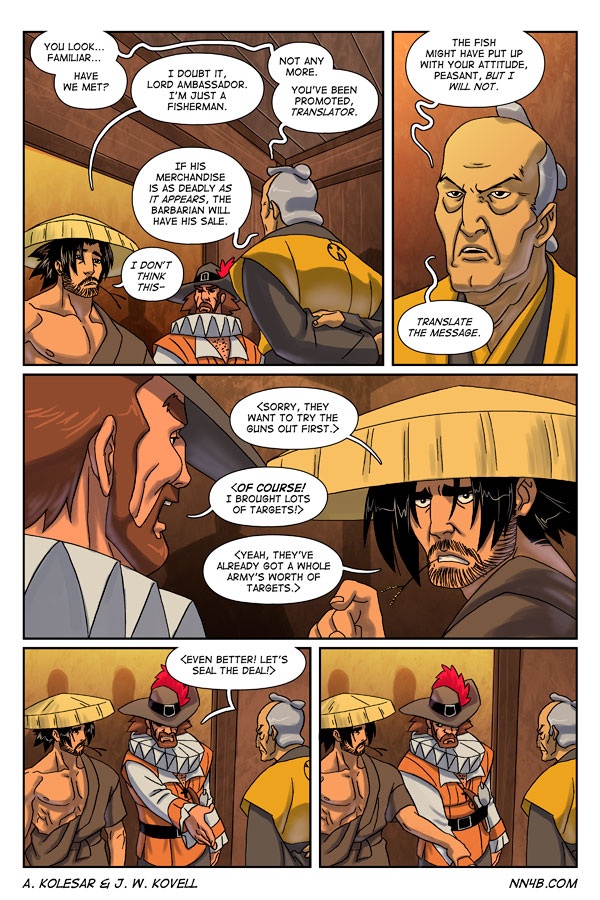