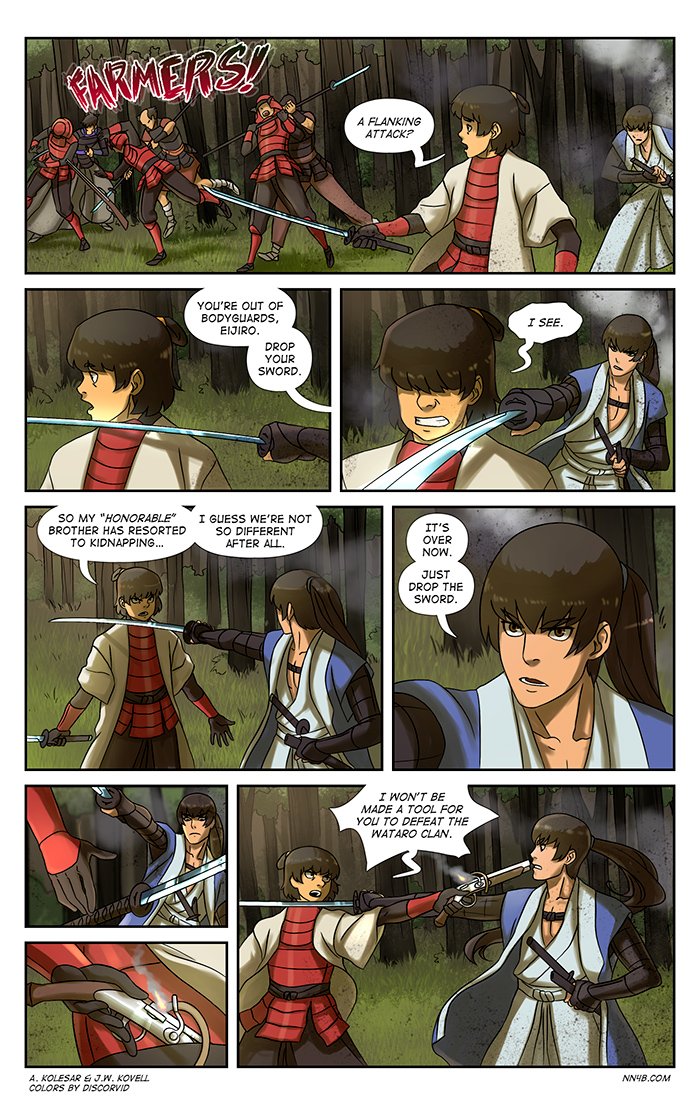 Eijiro, you kept a LIT MATCHLOCK RIFLE IN YOUR TROUSERS?? Come on, kid, I know you’re just learning about guns, but you’re gonna shoot your butt off! Or set your pants on fire. But, I suppose how else are you gonna pull off a badass surprise quick draw?

Movies are incredible, if you really sit back and look at them. I mean Infinity War is like this marvel (pun intended) of cinema movie magic, a near perfect merging of effects, acting, and narrative, that delivers one of the most intense, if not THE most intense, comic book movie experiences to date. I barely even had a moment to breath in the movie, and maybe that’s a criticism of it (it was so intense, I don’t have a lot of drive to see it again very soon), but that’s also an acknowledgement of how well realized this cinema universe has become, and how much I feel invested in it. I loved all the character banter, and almost laughed myself to tears on multiple occasions, while at the same time getting emotionally kicked in the gut! As an experience, Infinity War may be top of its class. As a film, I think it’s solid with some problems, and I’m going to talk about them a bit, so SPOILERS BELOW.

The movie starts out with Thor’s worst day ever, and that’s coming off what had JUST BEEN his worst day ever in Ragnarok. The death of basically everyone from his franchise films immediately set off alarm bells in my head that I’d be seeing other major character deaths in the movie, as well as the high likelyhood that the sequel film will rewind time/merge realities in a way that brings back those who died. I don’t think anyone who’s seen the movie would disagree with this.

But that’s all standard comicbook fare, and who would be disappointed if they bring back T’Challa or Peter Parker and the myriad of other fan favorites who got wiped from existence? I DO think that maybe killing several liked/loved characters in the opening scene (as well as literally all remaining Asgardians) tipped their hand perhaps too early that we were seeing a worst-timeline scenario with an inevitable reset waiting at the end. I’m not sure if this is really a criticism, though. I did (partly) check out emotionally because the movie was clearly setting itself up for a lot of shocking character deaths so early on. But I also have to assume most of the movie-going audience was eager to be rocked by this kind of drama, and it’s essentially the whole schtick of the film, so I can’t really knock Infinity War for being what it intended to be, especially when it did so on such a grand, operatic scale.

But OH MAN THANOS, DUDE, WHAT IS YOUR PROBLEM. The movie tries really hard to make him a sympathetic or relatable badguy, but he’s a moron and there’s no getting around it. He has the literal power of creation, he can do ANYTHING, he can turn the entire universe into literal paradise, and what does he do? Kills half of all sentient life. Why? Because…resources? He could’ve snapped his finger and created infinite resources. He could’ve made half the population infertile, if population overgrowth was such a problem. He could’ve given free healthcare to everyone, he could’ve made it impossible for politicians to lie, he could’ve fixed the plot holes in The Last Jedi, BUT WHAT DOES HE DO? He wipes out half of all sentient life and goes “Yay, I saved the universe!” What’s even dumber about this is that it’s not a permanent fix, the universe will eventually repopulate and then, in another two thousand years (give or take a century), he’ll have to do it all again! What a dope. And what a dope that none of the good guys even tried to suggest to him that there were other options (not that he’d listen I’ll give Thanos that he was highly self motivated and goal focused).

In truth, I kept expecting a twist with Thanos’ plan. I expected him to do something with the Infinity Gauntlet that only someone with the power of creation could do, something otherwise totally impossible. But wanton genocide hardly requires a metal glove decked out in rainbow jewelry. It just helps the process along a lot faster. On top of that, Thanos seemed to think the autocratic governments he put in place on his conquered worlds were great at bringing peace and order, but those governments came AFTER the planetary genocides he’d committed. Why, when he snapped his fingers, did he not set up Thanos-controlled autocratic governments on all worlds as well? Why ONLY the genocide? But whatever I guess Thanos is just crazy the end!

Also, this movie had a lot of choking in it. The first five minutes in I was like “Man, lotta guys gettin’ choked in this film”, and the rest of the movie was like “Hold my beer.” 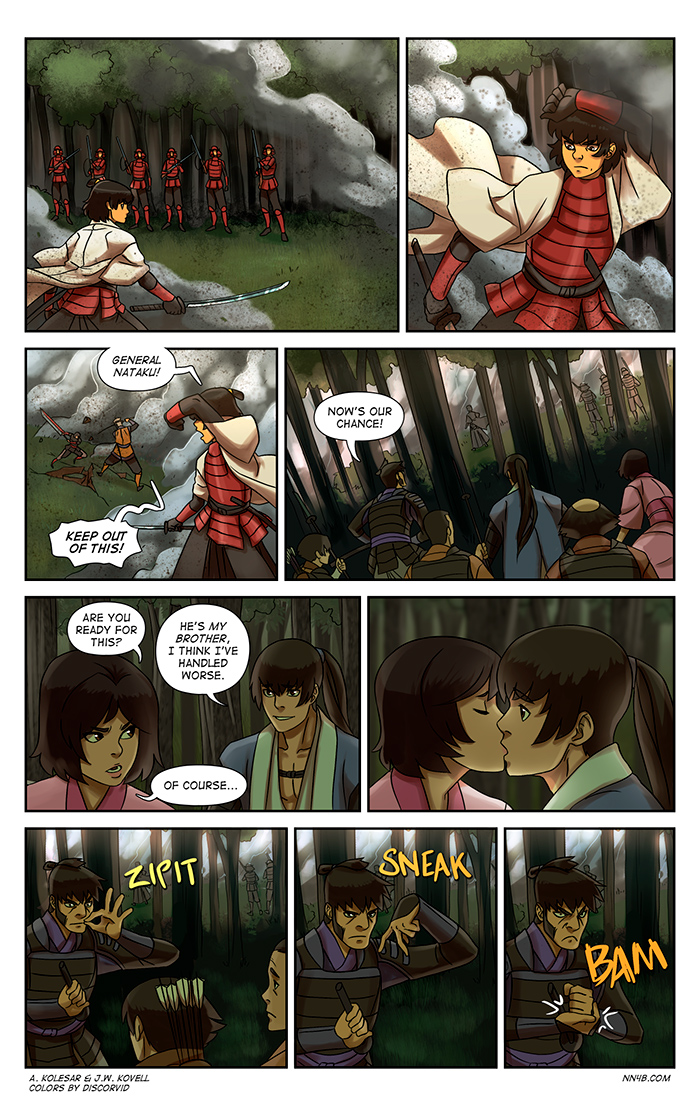