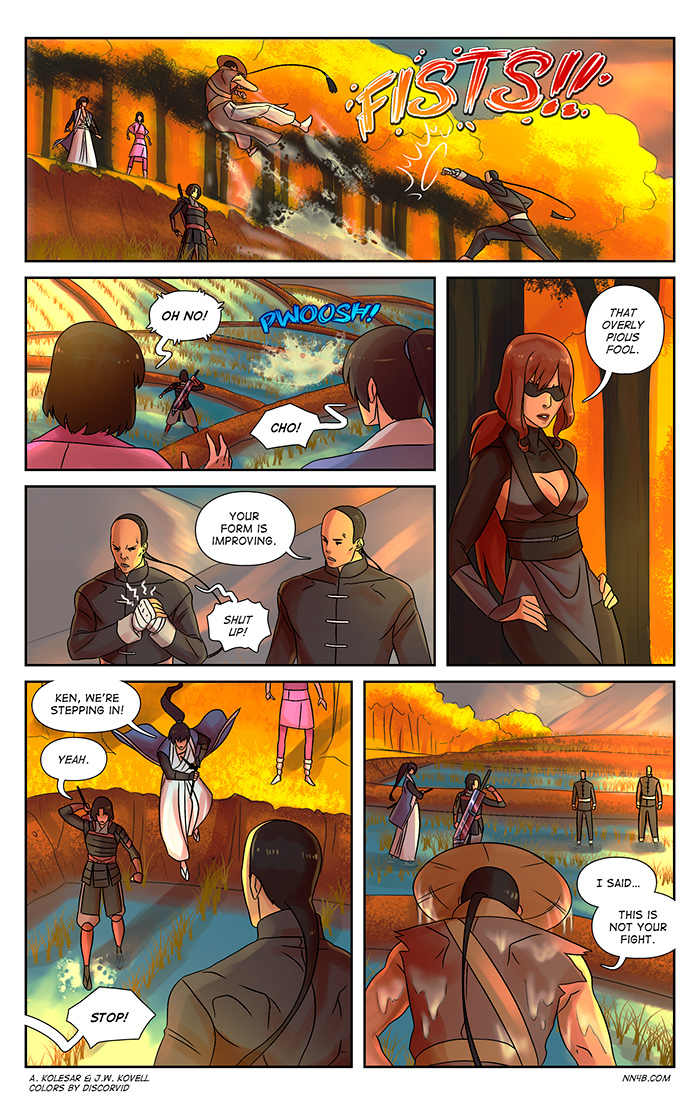 We kind of missed a week there, mostly because of visiting family. Joe usually makes some sort of Aprils Fools thing (well, sometimes) but we totally missed this year. Joe had the idea after the fact of making a non-canon page where Cho DIES from the 1000 Fists.  Hilarious!

Okay, I do have a public service announcement of extraordinary importance. Samurai Jack Season 5 is freaking incredible and everyone has to go watch it NOW. It’s only three episodes in so far, but it’s Samurai Jack at its best, and the show was already one of the best, if not THE best, action cartoons of all time. And now that Jack’s on Adult Swim, they can take the gloves off and throw in some bloody violence! Until season five, Jack only sliced up mechs, robots, and machine opponents. For the first time he’s facing off against other people, and they’re terrifying! Also, there’s finally continuity between episodes. Other than the original three pilot episodes, and a handful of returning characters, every episode of Jack was self contained. With season 5 having a longer plotline and human lives at stake, Genndy Tartatovsky can finally give us the excellent long-form storytelling that we haven’t seen from him since the 2D animated Clone Wars cartoons (the best thing to come out of the SW Prequels).

If you’ve never seen seasons 1-4, I’d highly recommend them, but otherwise the plot is very simple, Aku, the evil, shapeshifting master of evil, flings a samurai and his bane-killing blade from feudal Japan into the distant future, and then the samurai, who adopts the name Jack, proceed to look for a time portal back to the past. Season 5 establishes that it’s been 50 years since the last season, and Jack has discovered that he’s a person out of time and can no longer age. Also, he lost his sword somehow and he still hasn’t managed to kill Aku. From that point forth, SHIT GETS REAL. So stop sitting around and go watch it! Season 5 is like $20 on Amazon Video or iTunes. It’s worth it! At least so far.

And for anyone wondering, the voice actor they got to play Aku does a good job of filling Mako‘s metaphorical shoes. 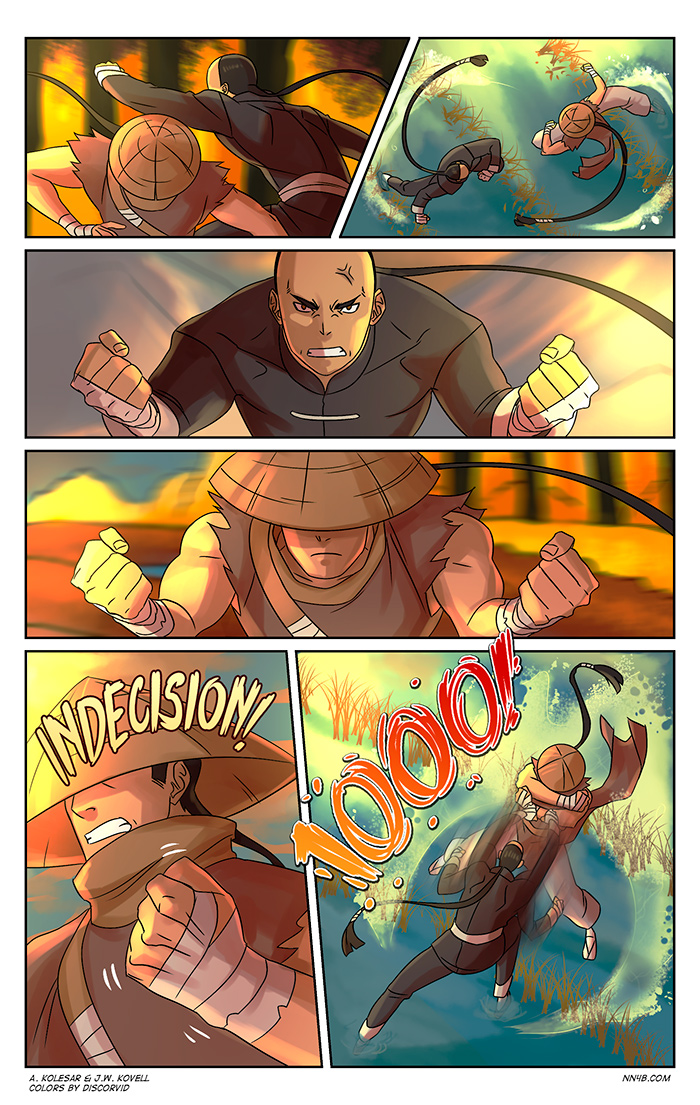