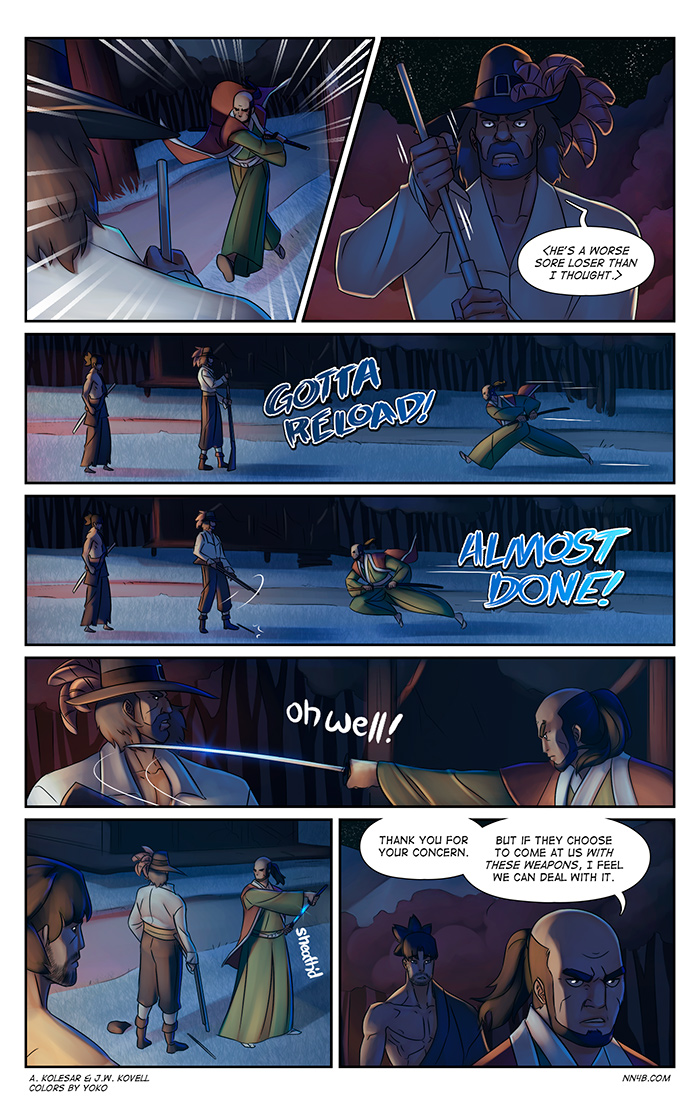 Genchu is FLABBERGASTED in that last panel.

Okay, no lie, the last week of my life was completely consumed by the Nioh Beta. Shortly before posting this page I managed to complete the last piece of content this beefy demo had to offer! I think Tachibana Muneshige, this super aggressive samurai boss, killed me around 200 times over the course of four hours before I finally took the jerk down. Well, he was really polite about it, bowing every time he ended me, so maybe he’s a nice guy, I dunno. Either way, finally beating him was like the best video game feeling ever. Then I watched this video of some guy beating him with a level 1 character and a wooden sword and I was like FFFFFFFFFFFF.

I’m inspired to try Dark Souls again, because I think Nioh has helped me see the appeal of the Souls games. Granted, I don’t think the Souls series’ combat is as good as Nioh’s. Wielding any weapon in Nioh feels precise and powerful, and you’re always in control. Maybe I’d enjoy Bloodborne, as I’m told the combat in that is very fast paced and there’s less random jank than what you find in DS 1 and 2 (dunno about 3). Then again, I already fear for my free time whenever the full version of Nioh comes out. GIMME A RELEASE DATE, TEAM NINJA!!

Published on September 4, 2016 by Alex Kolesar 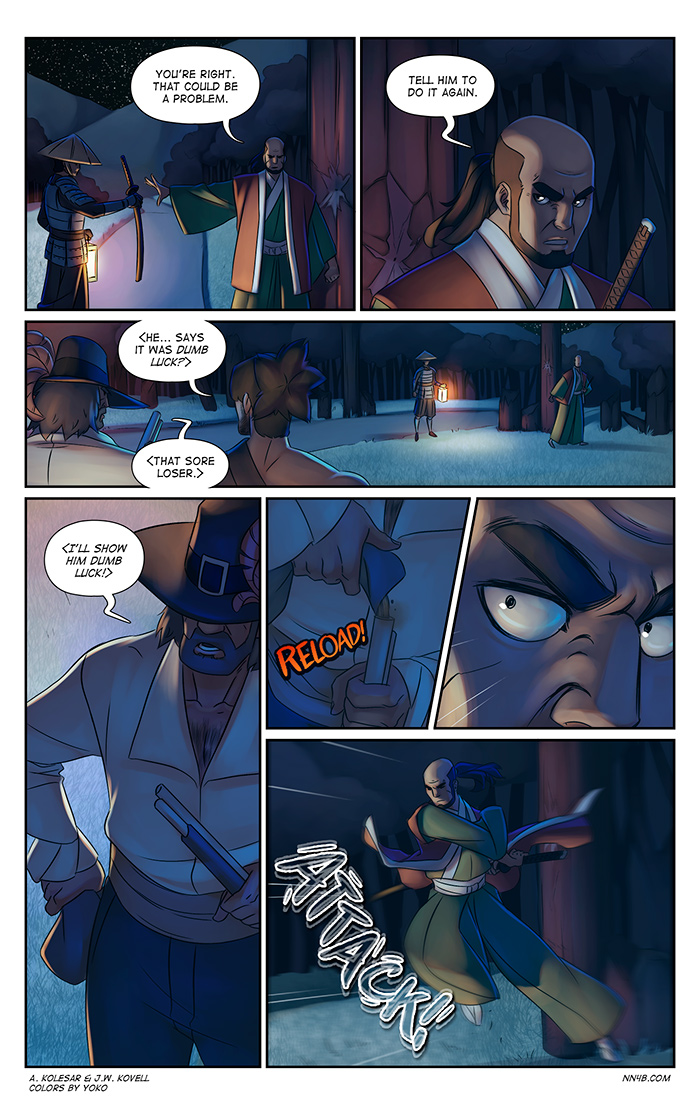