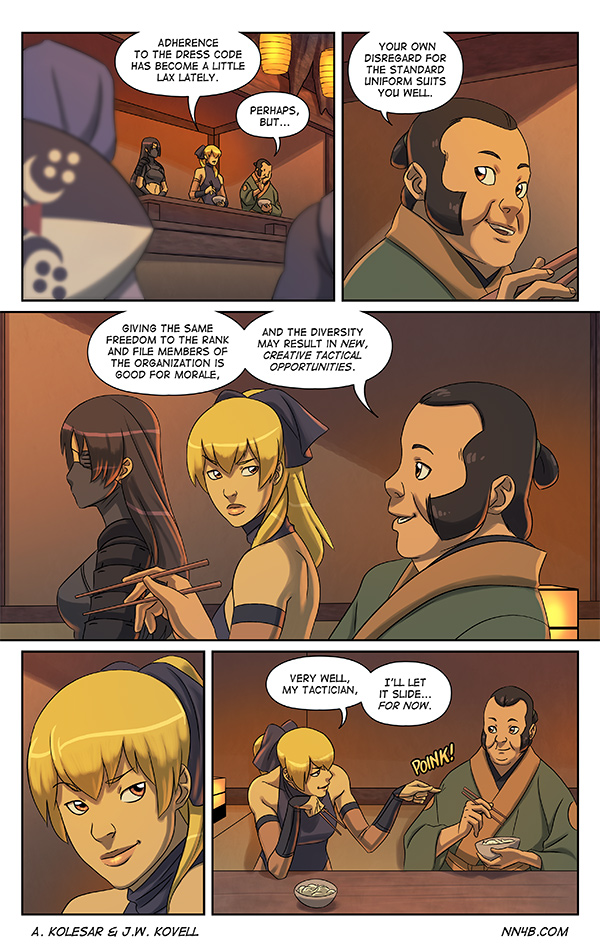 I guess at least Suzuka is willing to take her mask off when consuming food. It’s also good to know that Yukizane and her are really hitting it off. And for anyone curious what that thing in the first panel is, it’s Rapier Kamigawa’s very European shield, which will likely be more clear in a coming page. Why does a ninja have a broadsword and shield? I’m not totally sure, but it is a pretty diverse group of ninja, so why not, I say!

AND APPARENTLY MGSV IS COMING OUT IN TWO DAYS!! I didn’t preorder it, but now I’m wondering if I should at the last minute. I have Ground Zeroes for PC, and I know some of that data can carry over to Phantom Pain. I’m pretty sure my PC could run the gamet, since it handles GZ just fine, but my poor PS4 spends most of its time collecting dust. Also, do I want to play this massive, life consuming game on the computer I work at everyday, or on my couch in front of my big TV? Too many first world problems, for sure. I’ll also be on vacation until Friday, so I won’t be touching the game until it’s been out for a bit. Nobody spoil anything for me, okay? Or at least no more than the trailers have already.

PS. Have I mentioned how pumped I am to infiltrate bases will listening to Hall & Oates on cassette? I’m VERY pumped! It may end up being my favorite Metal Gear game for the soundtrack alone. 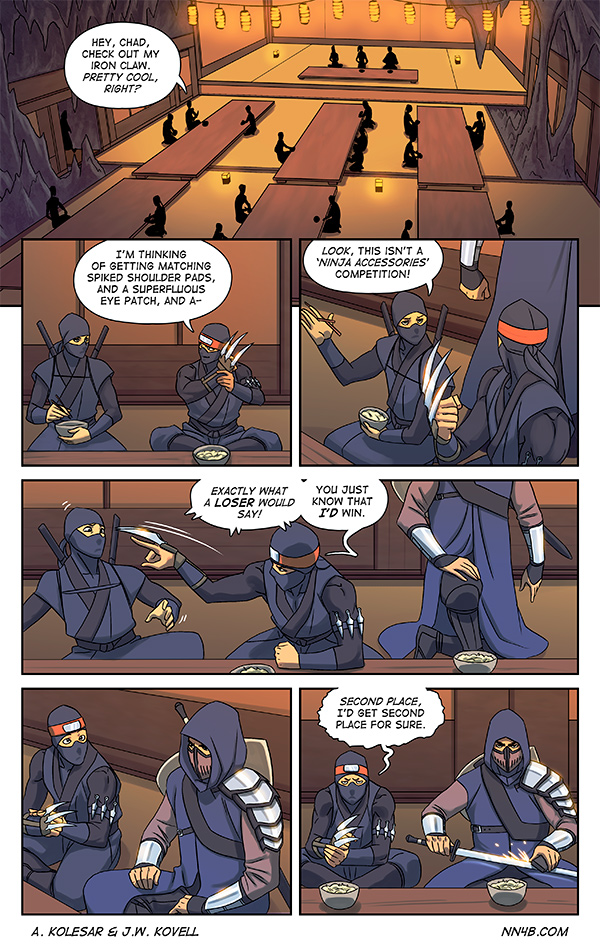