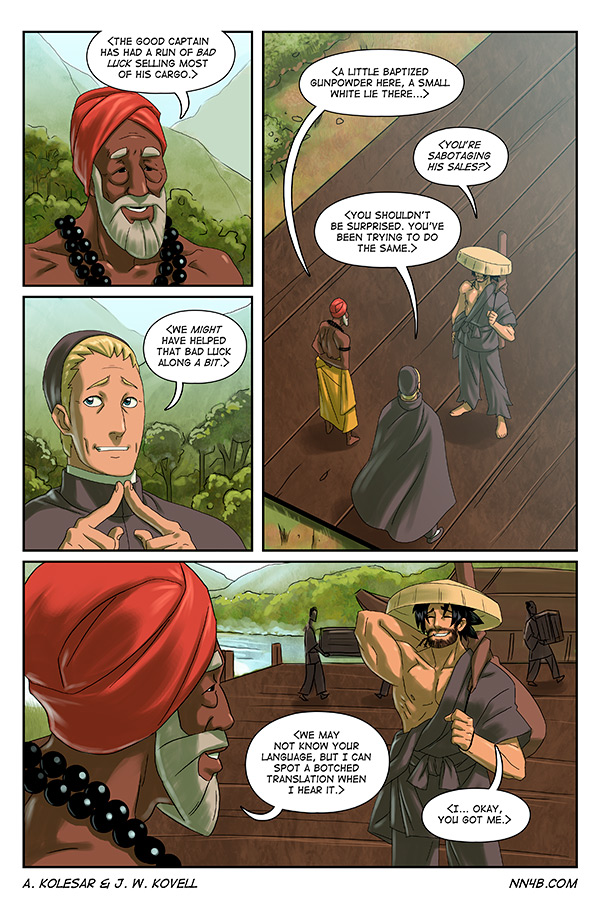 Genchu gave up the ghost pretty fast there! Then again, he may just be relieved to find kindred spirits in his current goal. I’m looking forward to the probable antics that will transpire with these three.

On an unrelated note, I’m contributing a ten page short story to an adult fantasy comic anthology called Armorous. It’s just me contributing to the project, no Joe involved. The project itself is NSFW but there’s nothing on the kickstarter page that’s more than PG13. If sexy comics don’t bother you, check it out! You can see some of my work on the kickstarter page. I also collaborated with Pascal on the cover, my drawing, her concept and colors. There’s also quite a few other really talented artists contributing stories. Also, If you pledge $150, I still have a commission illustration available as a pledge reward. That’s an illustration I’ll do of any subject of your choosing, full color! We’re more than 20% of the way to our goal, so I just wanted to plug it here if anyone’s interested! 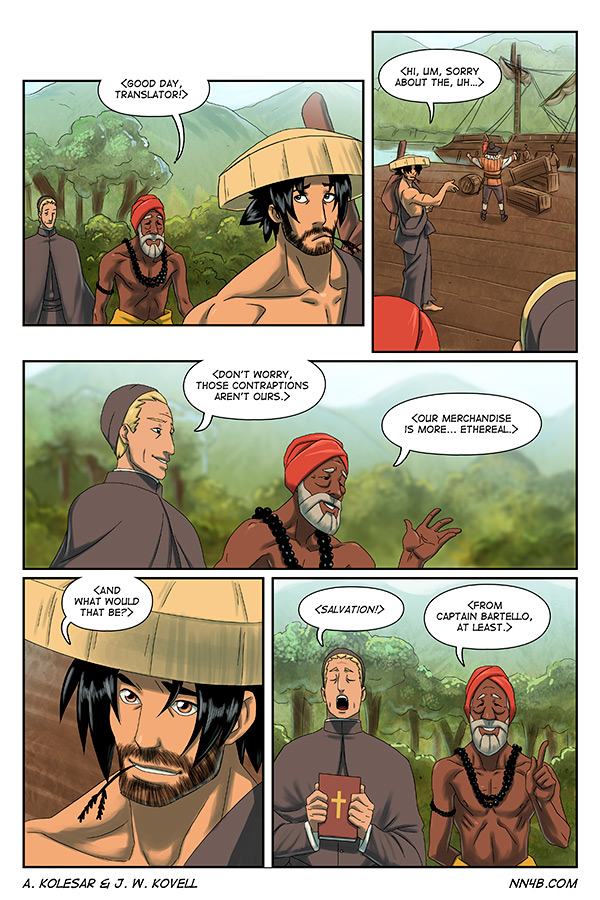