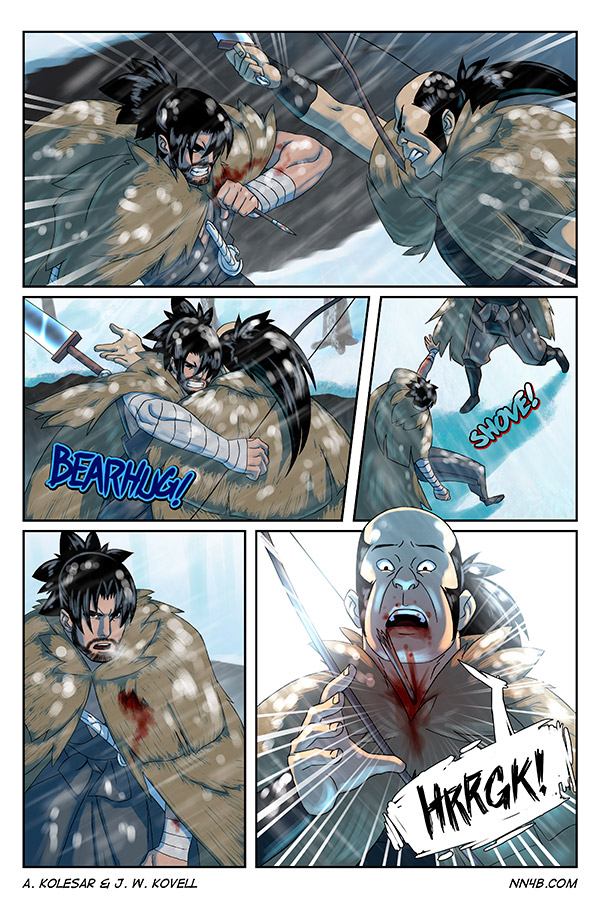 Oh how the tables have turned! He’s not actually dead yet, but I don’t think there’s any coming back from that for Ryoushi. I debated doing one of those full spread painted pages for Ryoushi’s neck wound shot, but I think we’ll leave those as a ‘Yori vs DoS’ thing and not a ‘general DoS death’ thing. 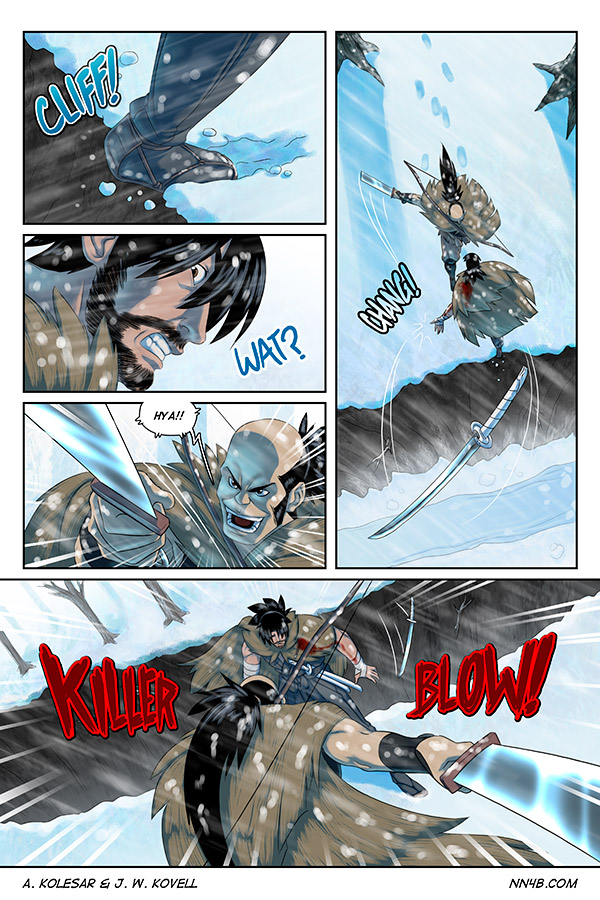