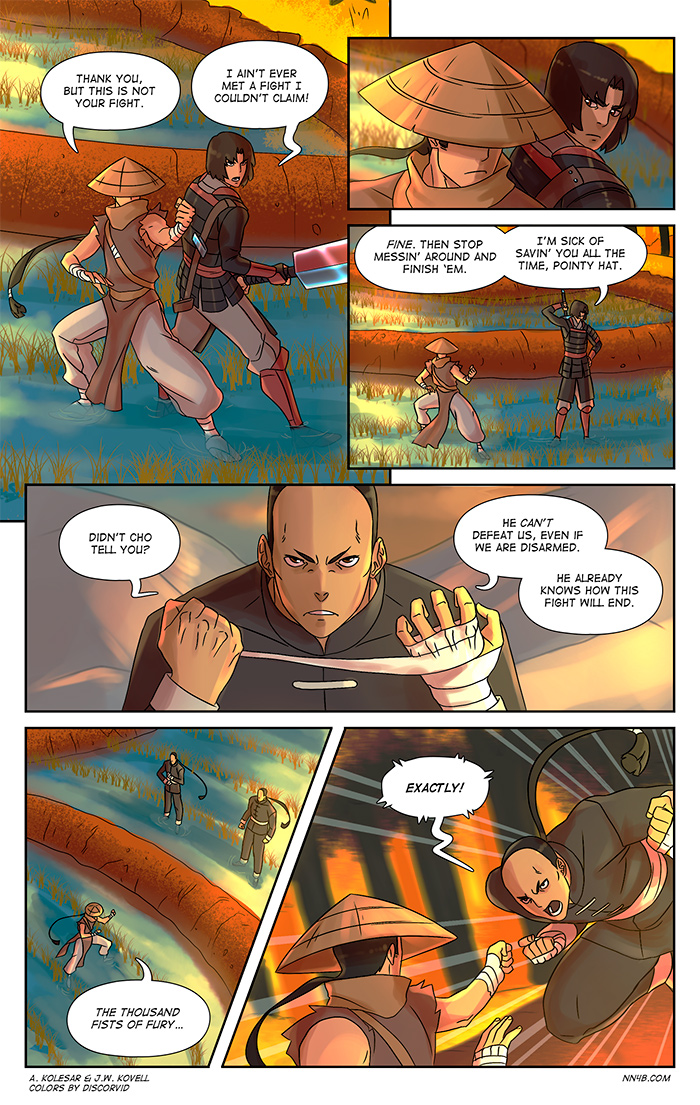 Hungry for a knuckle sandwich?

So can I talk about Breath of the Wild for a hot minute? Don’t worry, I won’t spoil anything that hasn’t been seen countless times in the trailers (I’m probably 35% through the story as of this writing). So I love Zelda games, sure, who doesn’t? I’d call myself a fairly big fan. I’ve played all the console entries from SNES onward, most of them more than once, and I’ve played most of the handheld games outside of those Oracle ones and that Four Swords multiplayer stuff. So when I say that BotW is hands down the best Zelda game without peer, I just want you all to know that this is based on a very solid helping of Zelda experience.

Why is BotW so great? Well, it’s really pretty. But even more important, it respects your intelligence. The ‘tutorial’ of the game is just as open and experimental as the rest of the world, just capped off in a smaller area until you complete a set number of objectives. Much like in a Dark Souls game, the only indication that you probably shouldn’t go somewhere is if the enemies one shot you to death with impunity. Luckily, unlike the infuriating Souls mechanic where you have to make your way back to your corpse to recover your XP lest you lose it all, the stakes for death in BotW are to just reset to the previous save, nothing lost but a short amount of time. This encourages you to explore to your heart’s content without concern for trapping yourself in an un-winnable situation. See something cool in the distance? Just go for it, no consequences! You can always fast travel back to the nearest discovered shrine if there’s some business left unfinished. You can even fast travel in the middle of combat, if, let’s say, you accidentally run into a giant cyclops and you’re armed with only a stick and pot lid.

I’ve played a lot of open world games; Assassin’s Creed, Phantom Pain, GTA, Skyrim, Xenoblade Chronicles X, and plenty more I can’t immediately recall. BotW’s world reminds me a lot of Xenoblade X’s, in that there is so much layered verticality, and perhaps too much to find and collect in every corner and crevasse. I’ve rarely found that exploring an interesting looking land formation revealed nothing of interest, so the desire to go off the beaten path and just poke around at every little thing that catches your eye is extraordinarily compelling. The game never demands you stick to a route or play a specific way. Considering the past several console Zelda games’ penchant for hand holding through their entire campaigns, it’s incredibly refreshing to just be given a Hyrule with no regulations attached. Having said that, I do have some problems that could be addressed…

Why, oh, why is there no option to re-map the button configuration? Only the camera can be inverted and the run and jump buttons flipped. I would love to be able to switch the ‘accept/action’ button with the ‘run’ button. I would love to flip the items L button with the shield LZ button. I would love to be able to Z-Target with a press instead of a hold. I have gotten used to the game’s control mapping, but they are awkward and far from what I’d prefer. I can’t think of any logical reason why they wouldn’t let the player change this, considering it’s a single player game and a standardized experience between players is not necessary.

There’s a weird balance with the weapon durability. Every sword, shield, and spear I’ve encountered so far will shatter after a variable amount of use. This seems to encourage you to hold on to your best weapons for big fights, but the thing is that, unless you’re actively going out of your way to engage every enemy, which is not particularly practical, you’ll end up with more great weapons than you’ll know what to do with. You’ll inevitably have to make some tough choices about which weapons you want to hold onto for ‘the next big fight’. I’ve found these choices among the most stressful in the game! You are eventually given a method to save some weapons outside of your inventory, but unless this option expands greatly as I play further, it is definitely not enough to compensate for the glut of sweet loot I’m forced to toss aside to pick up slightly better stuff. Being given the option to sell weapons at stores would greatly solve this problem, especially since gaining rupees in the game is mostly done through selling gathered materials anyway.

The difficulty in this game is all over the place. That’s pretty normal for open world games, though, so I don’t fault it too much. Still, I’ve found the first two main dungeons hilariously easy, while some of the trials I’ve faced and some of the random enemy  I’ve encountered in the open plains have been significantly tougher than the main quest (I’m looking at you, centaur dudes). I guess that’s fine, it’s much like how there are always optional super bosses in Final Fantasy games. Still, the main dungeon bosses in the game have been pushovers, and the dungeons themselves have been possibly some of the fastest and easiest in the franchise. That may change as I continue, but since you can go to the main dungeons in any order after the first one, I’m guessing they’re all roughly the same level of difficulty.

Although the open world is a real stunner and wildly varied, the many dozens of puzzle shrines you’ll play, and the main dungeons as well, all have the same aesthetic. It’s not a huge deal, barely even worth mentioning, really, but it would’ve been nice to see shrines’ interior decoration vary based on the region they’re located.

And lastly, it’s ANOTHER HUGE OPEN WORLD GAME, GAAAHHHHH!!!! Now this is also a positive, because it’s an EXCELLENT open world game, but there has just been a glut of these things as of late. Also, for those few people that have played Xenoblade Chronicles X, BotW has a similar obsession with encouraging you to collect every little thing in sight because upgrading your gear will inevitably require x10 Common Items, x5 Rare Items, x2 Obnoxiously Rare Items for each piece of gear. There will be scavenger hunts and your enjoyment of them will vary. BotW is also a NOTORIOUS time sink. I got the game on March 3rd. I immediately went on vacation, where I had very little internet access and spent a copious amount of time playing the game. It’s been 10 days and I’m 35% through the story (I’m guessing), and likely no where near what would amount to a 100% completion.

In many ways, Zelda games before BotW were like comfort food. They were a bastion of linearity, with clear goals and objectives so you didn’t have to think too hard on how to get from one dungeon to the next, barring the original NES game, which is where BotW draws a good deal of inspiration, and Link Between Worlds, which was kind of a tradition breaking precursor to BotW. I’m reminded of Metal Gear’s move away from it’s rigid linear based structure to the more open experimentation of Phantom Pain. On one hand, it was thrilling and new and gave you so much more to do in your favorite game franchise, on the other hand it was full of pacing problems and lack of focus (oh, and it was unfinished, but that’s un-related). Truth is, I LIKE linear games. I like a game I can beat in 12 hours or less, that are strung together with dramatic story moments and set pieces; video games based around movie style narratives, if you will. As much as I enjoyed The Phantom Pain, sinking over 100 hours into it, I’ll likely never play it again, while I could pick up and beat any of the other numbered MGS game in a week or even a weekend. It’s the whole reason I’ve beaten so many Zelda games multiple times, while I’ve never replayed an open world game from beginning to end. Luckily, if you stick strictly with the narrative threads, BotW is about a 20-25 hour game. which is generally in line with most Zelda games. But, damn, is it hard to just follow the plot when that weird rock in the distance looks like it holds some tantalizing secrets…

Final thought on BotW and Zelda in general. Ever since Wind Waker, there’s been this inexorable push toward post apocalyptic scifi stuff in the franchise. In Wind Waker there was a dungeon boss made up of a floating robot head and hands, in Twilight Princess there was the very scifi Twilight Realm, and in Skyward Sword there was a straight up AI companion and a mechanoid dungeon with time portals. Now I’m running around in BotW armed with a lightsaber and energy shield, fighting robot spiders for energy cores and co-opting giant animal mechs to fight Ganon. Nice. 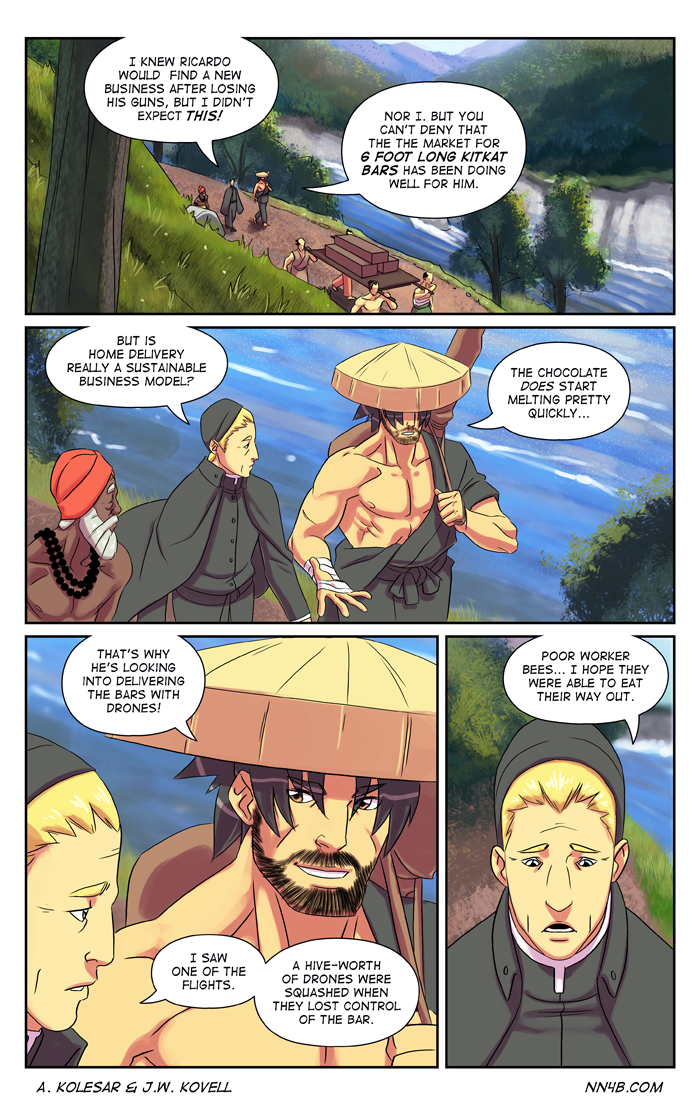