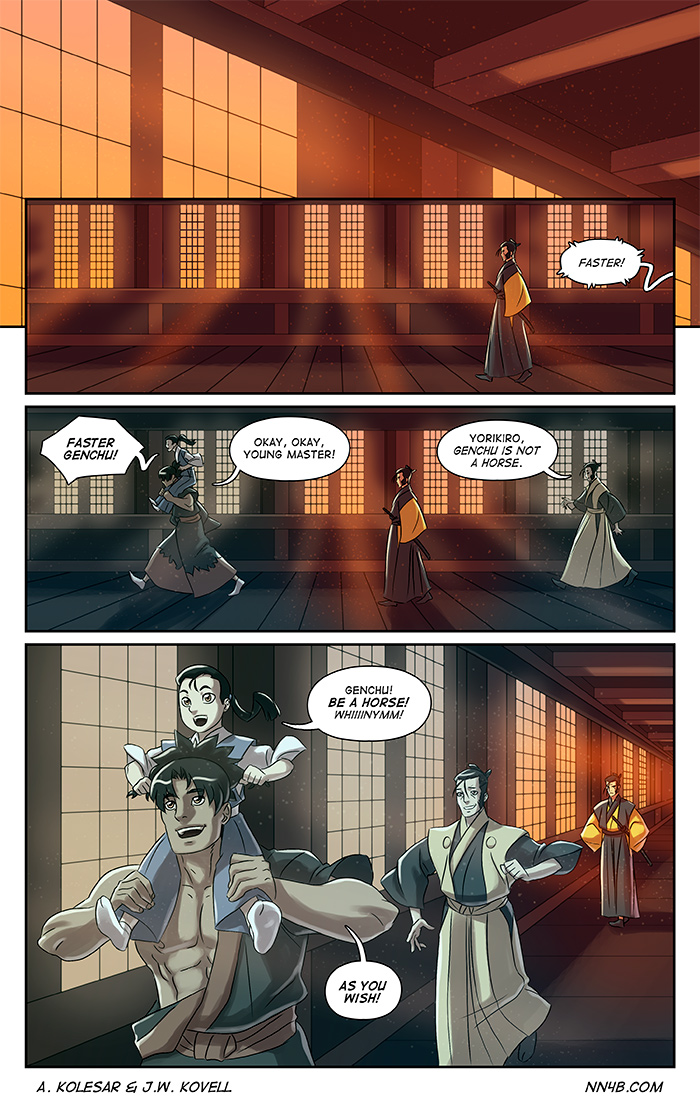 More bittersweet happy memories, let’s assume this will all pay off in a big emotional way later in the comic! But who am I kidding.

There’s this new Onimusha game you can download and try for free RIGHT NOW on the PS4 called Neo, err, I mean Nioh! It’s a limited Beta demo available for a limited time, until May 5th. I’ve been playing it a lot, and, well, I’ve developed a love/hate relationship with it. On the love side it’s got wonderfully authentic feudal Japanese environments that I enjoy getting lost in. The combat is highly tense and addictive, with great animations and high/med/low stances for each weapon type. The designs of your character’s armor, the enemy humans, and the oni are so quintessential Japanese that I can not get enough!

What I don’t like, and it’s essentially the same thing I don’t like about Dark Souls, is that when you die, you lose all your amrita, the currency for leveling up your character. And I get that keeping your amrita when you die and respawn would make the game a lot easier in that you wouldn’t have to grind by just farming weaker enemies close to the nearest shrine. All your grinding would be done while simultaneously attempting to push forward and make progress, but is that such a bad thing? I suppose the dichotomy of being heavily punished for pushing forward and dying versus not being able to progress in the game unless you push forward is the heart of what these games are; a tense, high stakes gamble where gaming skill gives you the edge.

But what about people like me, who desperately want to enjoy these games for their difficult combat and art direction, but don’t want to be forced to grind mindlessly or lose a massive amount of progress because they dared to push forward? The only answer currently is “git gud” or “don’t play these games”. the Souls style of game that’s recently become so popular is endlessly frustrating to me, because I ALMOST love these types of games! I have no problem with the difficult combat and that feeling of pushing against a wall and making incremental progress, but these types of games often define ‘incremental progress’ as ‘no freaking progress at all’ after what could be half an hour to an hour of play, which is what a lot of us older gamers have to spare nowadays. So, really, all I want is to be able to keep my souls when I die, so that I know that I’ve advanced in the game even if my character didn’t make it deeper into the world on that run. Why not just make this an option in the game? An EASY MODE, if you will? The combat would still be as brutally hard, and dying would still put you all the way back at the bonfire/shrine/checkpoint, but at least it wouldn’t all feel like a colossal waste of time!

Having said all that, I still have every intention of buying the full version of Nioh whenever it gets a release date. I don’t see any Tenchus, Onimushas, or Genjis coming out any time soon. Where else am I gonna get my samurai hack and slash fix? 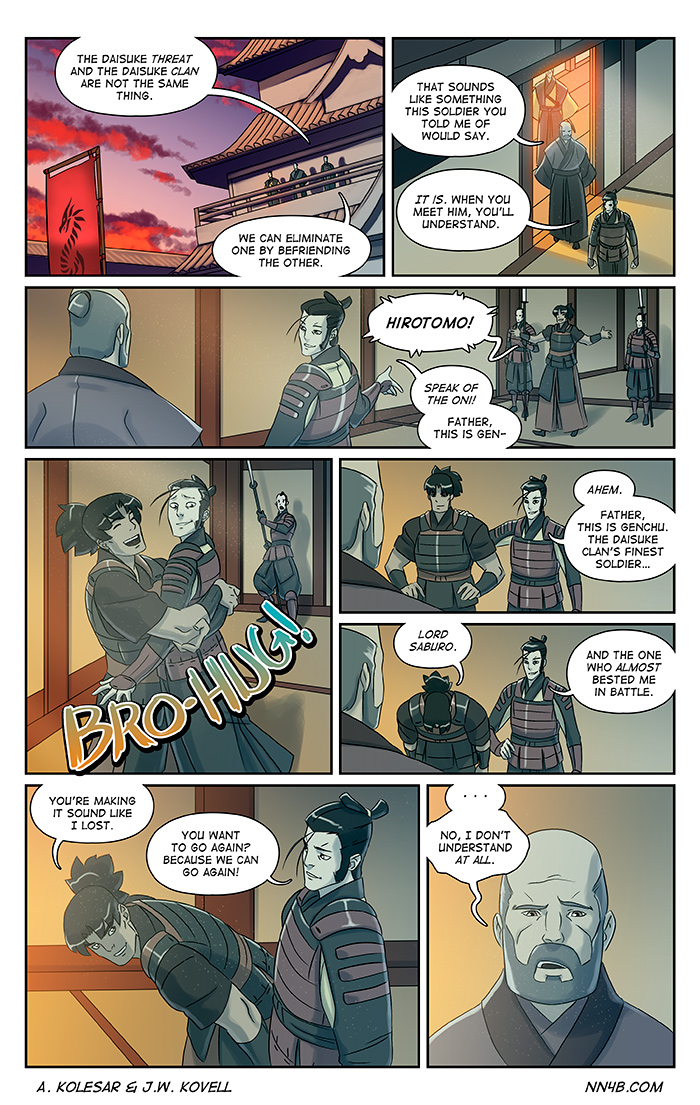