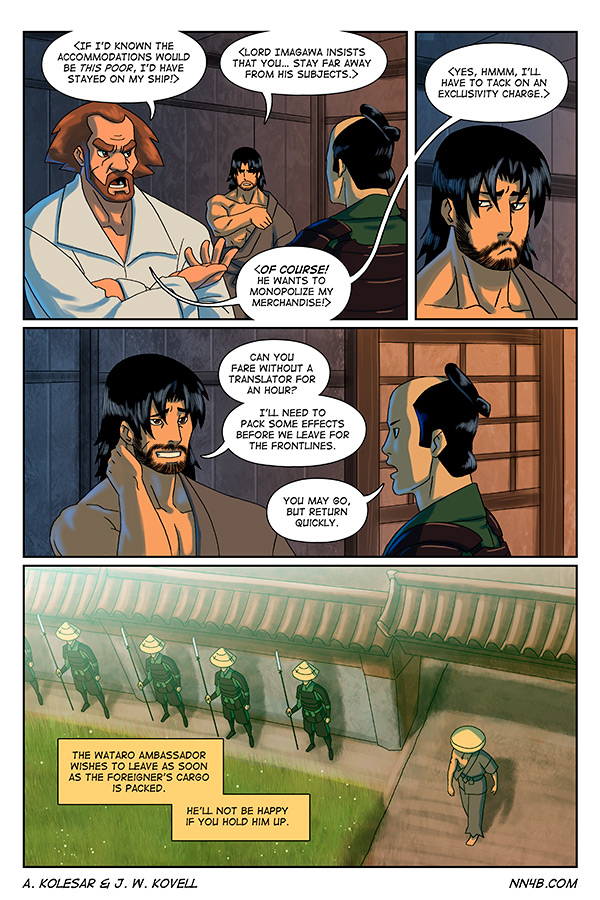 Our work on Volume 2 is progressing at a staggering pace! Joe continues to rewrite many of the old pages, adding some far better humor and removing some of the more juvenile bits that make us cringe looking back. For someone who’s been berating the Star Wars Special Editions for, what, 17 years now (GEEZ, even the re-release of these movies are old!) it may be a bit hypocritical to be going back and changing things up ourselves!  But unlike an alteration of a beloved movie moment in an attempt to sell more toys, we’re really trying to match the tone of the earlier part of the comic to its current state, which, I think we’d all agree, is the superior tone… state… thing. The next update we’ll show some comparison pages, old vs new, and the work in progress for the Volume 2 cover illustration! Forward momentum, I say!

Published on September 7, 2014 by Alex Kolesar