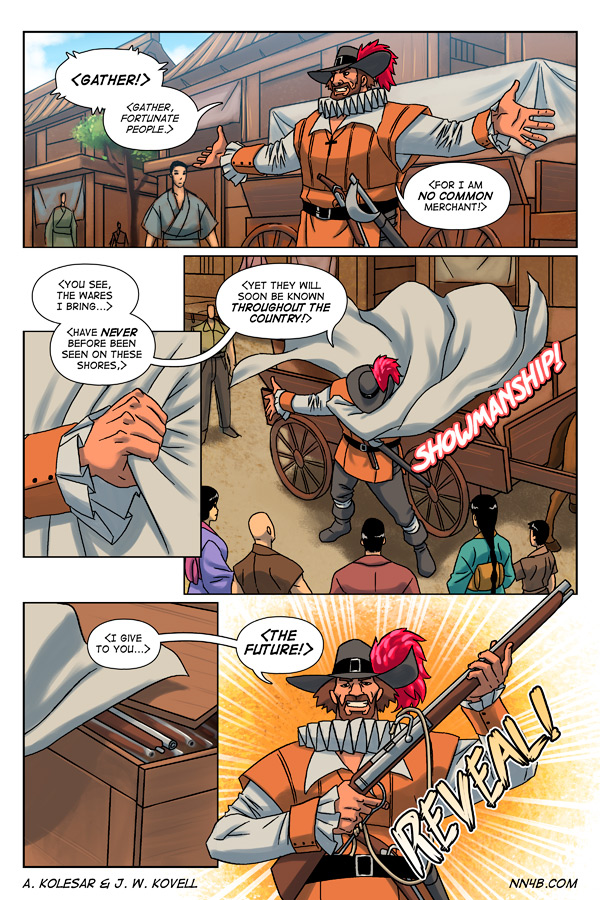 HOOOO BOY, the game has changed now! No one brings a sword to a gun fight, unless they’re wanting to get dead. How will this shift the ever changing balance of power on the isles of the Japans?? Only time will tell!

And for any sticklers of historical accuracy, the model of matchlock rifle is probably not the exact version that was brought to Japan, but it was the one that was most fun to draw. I think I’m a few decades off, but the mechanics behind the firing mechanisms didn’t change for a number of decades anyway. 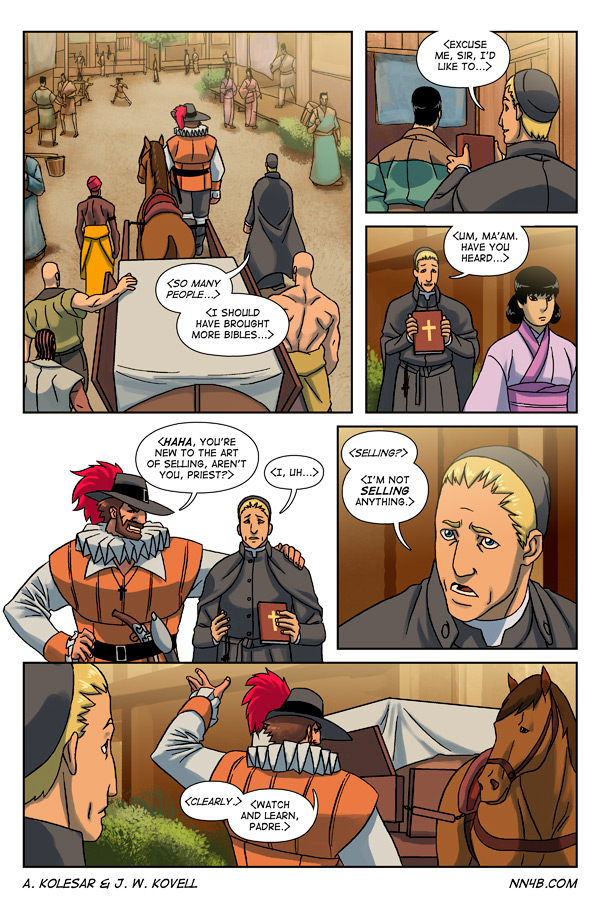