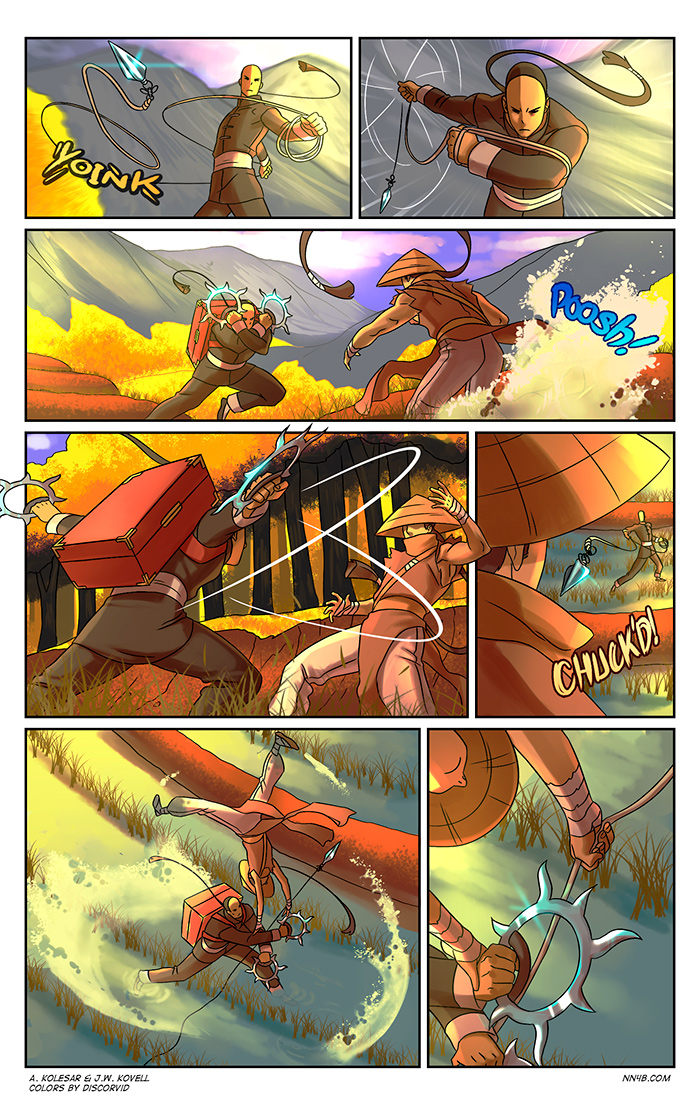 To celebrate the release of Nioh (which I’m playing too much of), I’m upgrading the comic to PURE ACTION. The plot is now incidental and under cooked, just like Nioh’s!

Real Art Talk; this page is probably not as readable as I’d have liked it to be, mostly because it lacks a panel showing both Wu and Tang in the same shot. So it can be hard to place their location in relation to Cho, especially since I keep reversing the ‘camera angle’. Just goes to show I need more practice framing complicated fight choreography. The only way I can think to improve that is to have more fighting in the comic. Like an endless stream of fights. Forever.

I saw the Lego Batman movie. It was entertaining, but not as entertaining as The Lego Movie, likely because most of the jokes are based around the fact that Batman just wants to be dark and gritty and everyone else wants him to be more open and honest with himself. There are only so many jokes that concept can sustain over the course of an hour and forty five minutes (yikes, this movie could’ve been 15 minutes shorter!). Also the editing moves at an incredibly fast pace and it’s PHYSICALLY EXHAUSTING. Ugh, am I just getting old? My favorite parts were whenever they lampooned the live action Batman films (frequently), and any scene that took place in the batcave (it is the greatest of all batcaves every put to screen). 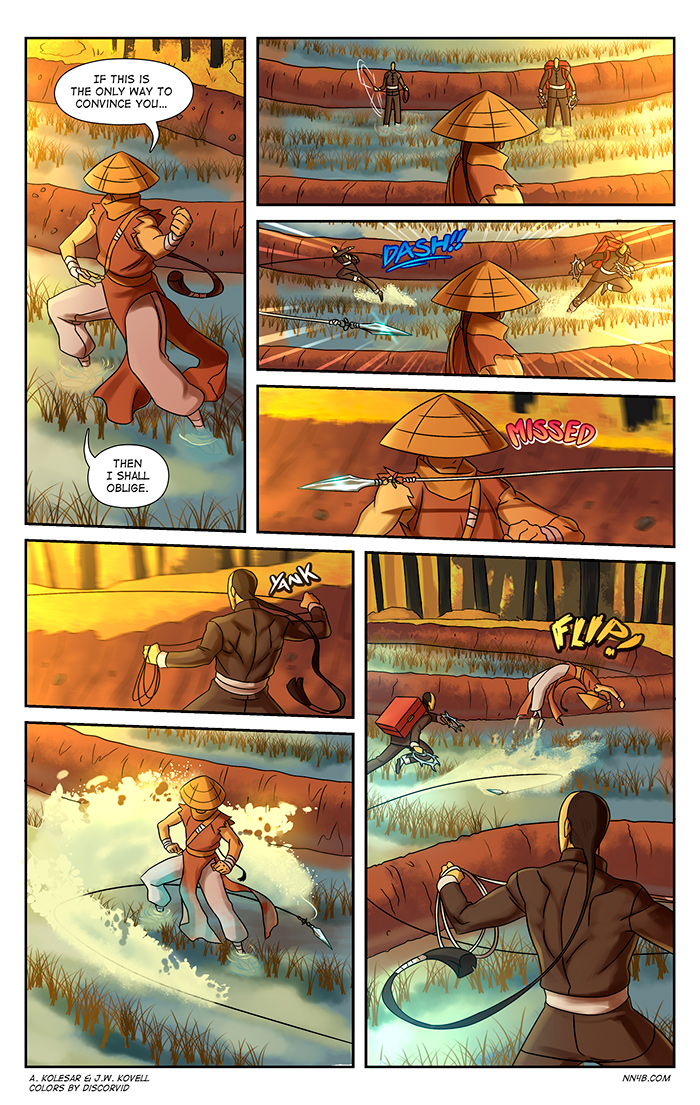