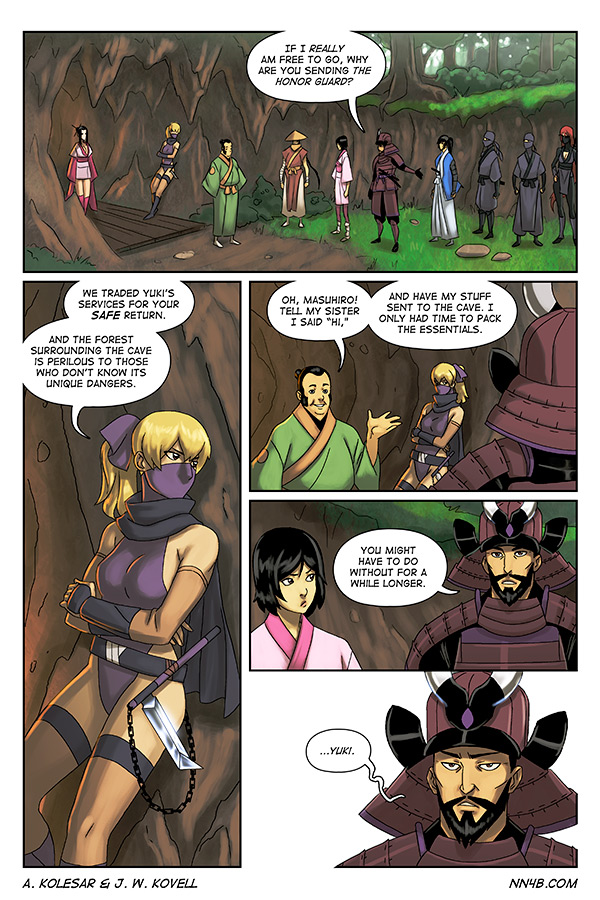 OH HO, back to these guys! Masuhiro’s back in his maroon armor, and Ina borrowed some clothes from Ayane’s wardrobe.

I’ve been playing too much Assassin’s Creed 4: Black Flag and I wish it was JUST a pirate game! Especially since its plot is mostly about a pirate guy who’s like “I don’t care about all this stupid assassins vs templar crap. Just want me some BOOTY!!!” Anyway, it put me in the mood to watch Pirates of the Caribbean: Curse of the Black Pearl (you know, the first film). It’s easily the best of the four films, and I think that’s all because Jack Sparrow is a clever guy that everyone thinks is an idiot. And since the we see Jack being clever, we’re in on the joke when he’s acting like an idiot!

But then in all the sequels, Jack is an idiot that everyone thinks is clever, and it ruins what made the first film so much fun. Not to mention the first film has hilarious dialog, but almost all the ‘comedic’ dialog in the sequels is throwbacks to the first film’s jokes. Lazy writing, friends! 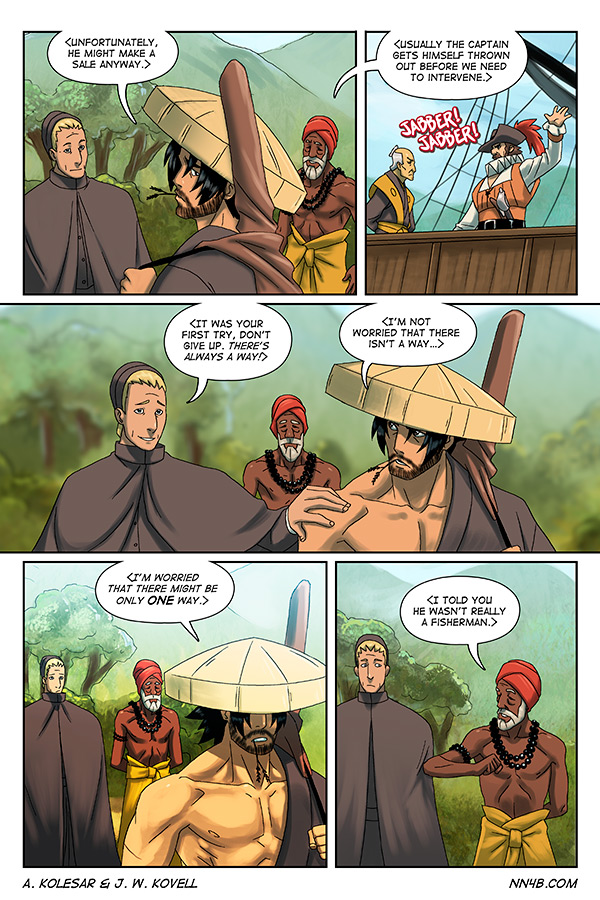