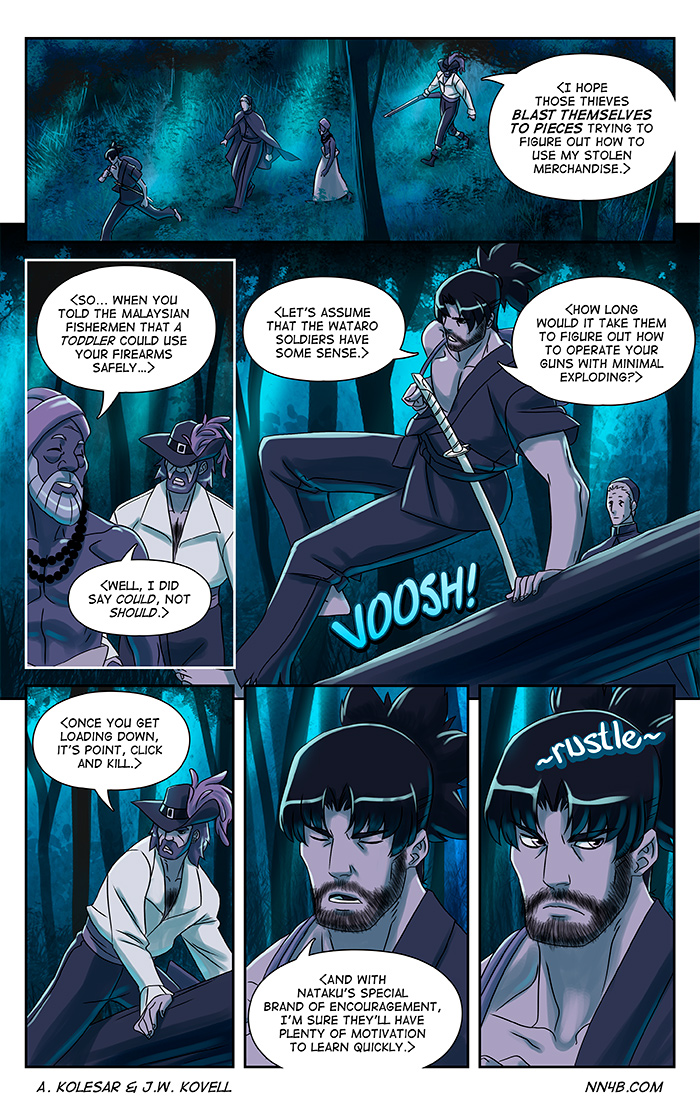 Back to Genchu and his travelling troupe for a little bit of second amendment conversation.

I’m trying to get back to updating the comic Sunday night instead of Monday night, it’ll happen! I’ll try not to be too distracted by E3. I’m curious to find out how many of the games I’m excited about will get pushed back to 2017! 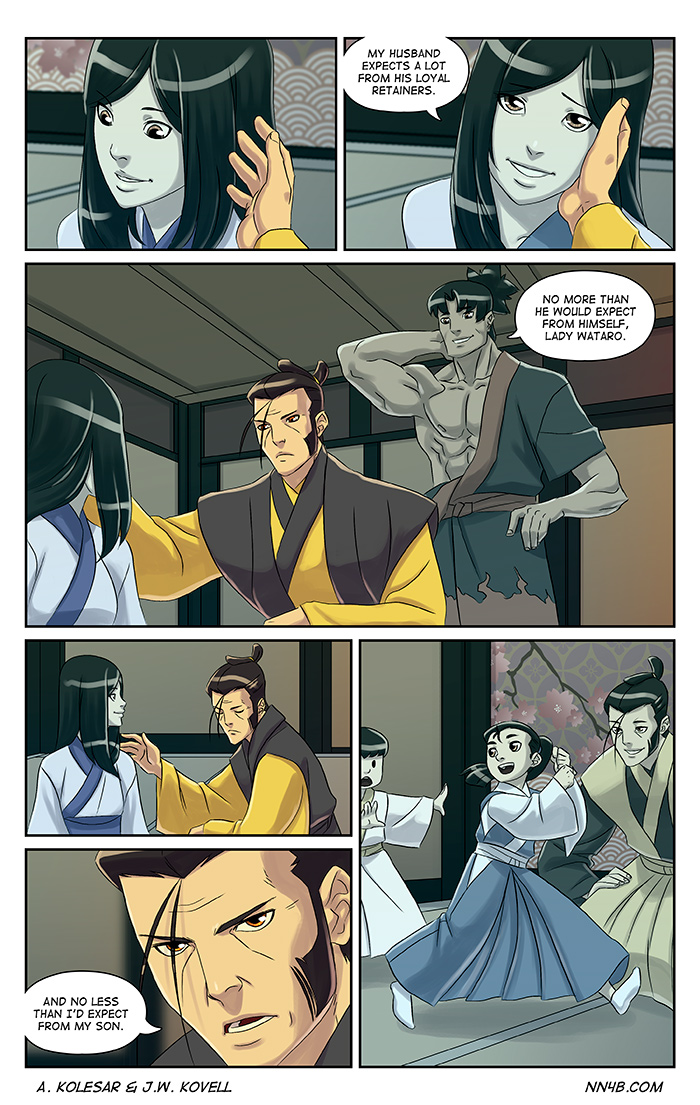