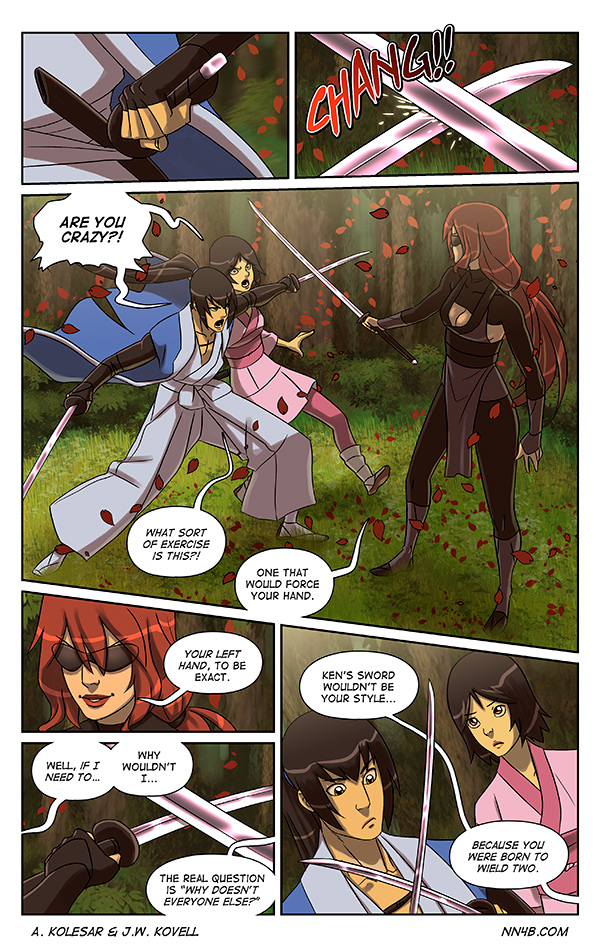 Hey, Yori’s unknown superpower is something we’ve known all along! But he did, perhaps, need the reminder. Now it’s time to refine him into a two sword wielding badass!

Joe has compiled the times that Yori has used his left hand/gone dual swords without thinking about it. Perhaps to make it look as if we planned this!

Can we talk about Mad Max: Fury Road for a second? Full disclosure, I’ve never seen any of the other Mad Max films before. I did not expect to like or care about this movie at all, but I did end up seeing it after noting the exceptionally high praise it was getting from critics. Thus far it’s been my favorite movies of the year! I’m fairly confident I’ll like Force Awakens more, hopefully, perhaps… but there’s no denying that Fury Road is just an exhilarating rush! I think it’s just that after all these comic book action movies that rely so heavily on CG effects for their action set pieces, sucking them of any real sense of danger or tension, having a film come along that sticks mostly to practical stunts and effects, and builds such a tangible and imaginative world, is so refreshing! Fury Road also keeps extreme gore and ‘gross out’ moments to a minimum, only using those types of visuals to heighten dramatic moments, so it never feels likes its pandering to a low ball demographic. It is quality action film making, the kind I don’t think I’ve seen in a while (maybe since Skyfall?). Does the internet even need my recommendation to see this movie?

On a final note, seeing as how Abrams is pushing the practical effects in Star Wars, and how tired all the overly CG’d superhero movies are getting, I’m hoping this year really begins a trend toward the toning down of overblown CG and the reliance on more grounded props and effects. Maybe that’s too impractical to hope for, since I’m sure it’s significantly more time consuming and expensive to go the latter route. But the old grouchy man inside me can dream! 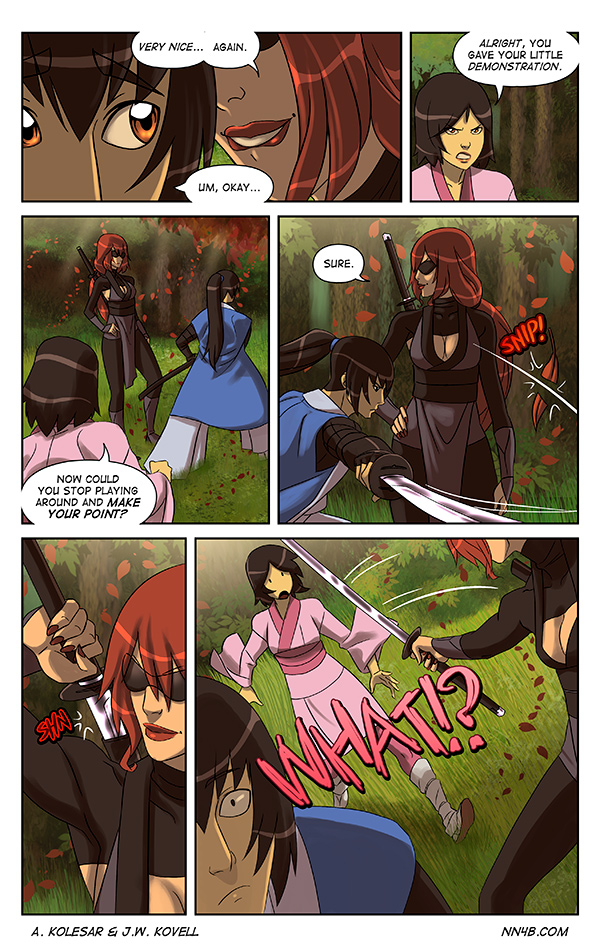