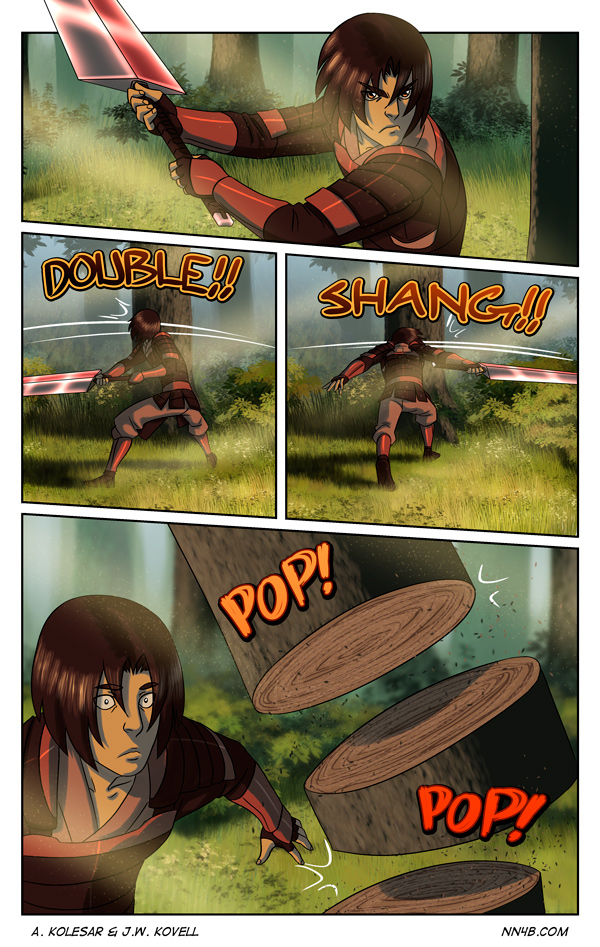 POP POP! Ken’s sword is officially sharp as sin! Anyway, not much happens on this page, other than treevenge revenge, but I will be attempting another two update week, so look for the next page on Thursday.

ALSO, this Friday (4/24) at 9PM EST, Joe and I are going to be online for a NN4B SMASH BROS NIGHT. We’ll both be playing on Joe’s WiiU (I haven’t even purchase Smash Bros yet despite this pile of smash amiibo I’ve acquired!). Joe’s WiiU username is jwkovell. His nickname is Joedo, although I’m not sure if that’s relevant.

And, UGH, UUUHHHH, I could literally write a five thousand word essay on all my thoughts concerning the Force Awakens and SW Rebels Season 2 trailers! But I’ll keep it brief cause I’d like to sleep at some point tonight.

Force Awakens Trailer: LOOOVE that shot of Vader’s melted mask, utter BRILLIANCE, I can’t believe they thought of that. I got chills from the music buildup, John Williams I will hunt you down and FRENCH KISS YOU I love you so much! And the look of this movie, it FEELS like Star Wars! Finally. the best film makers in the industry, the ones who grew up loving Star Wars and thinking about how to make their own great SW film, have been given the reigns to the franchise! It feels SO GOOD to be a Star Wars fan again, without the burden of an overbearing control freak with awful world building skills! I’ve got a bunch of the concept art books from the prequel films and it bums me out how much great artistic vision was wasted on Lucas’ incompetent storytelling. This new film feels like it’s actually utilizing all those great ideas to incredible effect. That first shot with the crashed X Wing that leads into the downed Star Destroyer blew my mind! It’s so effective. I’m ready to get lost in this movie when it comes out. MY BODY IS READY!!

Star Wars Rebels Season 2 Trailer: I LOVED the first season finale, and even though I mostly disliked the Clone Wars CG show, I’m so happy to see Ahsoka, the only redeemable character, make a returns in Rebels. It looks like they’re pulling in a bunch of other Clone Wars characters, too, which I’m not super excited about, but I’m very willing to trust the show’s writers to handle these characters in ways that will make me completely forget all the dumb stuff they did in the previous show. Probably what I’m most excited to see is Darth Vader being in his prime, being the intimidating figure I remember from Hope and Empire. I want to see Vader hunting down rebels and DOMINATING, not getting sad and wrapped up in his teen-angsty past. In fact, if they reference his past at all, I hope they keep is real vague so I don’t have to think about Hayden Christensen rolling on top of Natalie Portman while spouting hideous dialog about how he can’t keep living without her love. My ideal Vader desires the order of the Empire and nothing else! They’re also breaking old EU canon in the trailer by showing off A-Wings and B-Wings, which have long been established as ships that weren’t designed until well after the battle of Yavin. That’s just a nerdy observation, though, cause I loves me some starfighters and if they want to break old canon to bring us more Wings sooner, I’m not gonna complain! 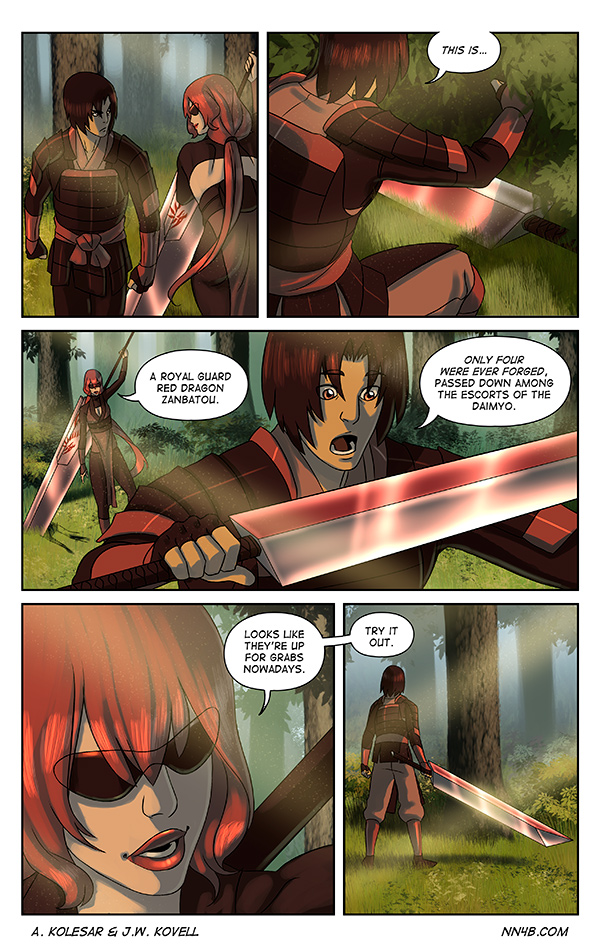