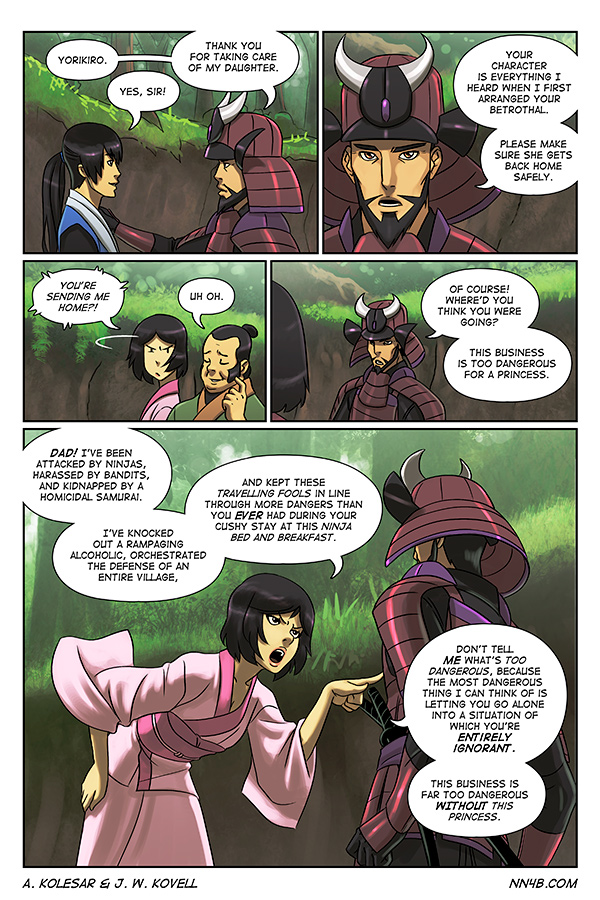 OH HO Ina’s gettin’ all up in dad’s FACE!

And LO, the Kickstarter has achieved full fundage! I’d like to thank all the backers who have made this possible, we are really looking forward to getting the printed books into your hands! From this point on, every $500 we make beyond the original $6k goal will result in an extra weekly NN4B comic page! So expect another page THIS WEEK, and if we hit $6500 before Thursday, expect another one next week, too! EDIT: The holiday weekend requires we push the first of the extra page updates back until next week.

I saw Da Hobbit: Battle of CG Monsters. It’s OKAY I guess. I wish we’d just gotten a really great single movie, all from Bilbo’s perspective, with the three major acts being the troll confrontation, the Gollum riddles, and the dragon’s lair thievery. I mean they cast the most perfectest human actor to play Bilbo, and poor Martin Freeman’s barely in these films! Also, the Hobbit films are a tonally inconsistent mess. It’s hard to invest in the drama of a movie where a character can respond to “there’s about a hundred more goblins heading this way,” with “we’ve got this!” I did not realize Thorin was the Middle Earth equivalent of Lu Bu from Dynasty Warriors. He might as well have said “Two musou attacks should take them out. I charged my special meter on the way up the hill!”

Having said all that, I did enjoy the third Hobbit movie more than the first two. although the Gollum scene in the first film is the highlight scene of this trilogy. Hobbit 3 was also the shortest of the films, which is a plus in my book! Granted they’ll certainly release an extended edition with an extra half hour of footage that I will absolutely watch. I want to find out what the deal was with the cross dressing unibrow guy. I kept expecting him to find some courage or die, but in the end he was just some incompetent bumbling idiot that did did nothing, so he probably had a cut scene! Also, funeral scene? Gotta be on the cutting room floor. 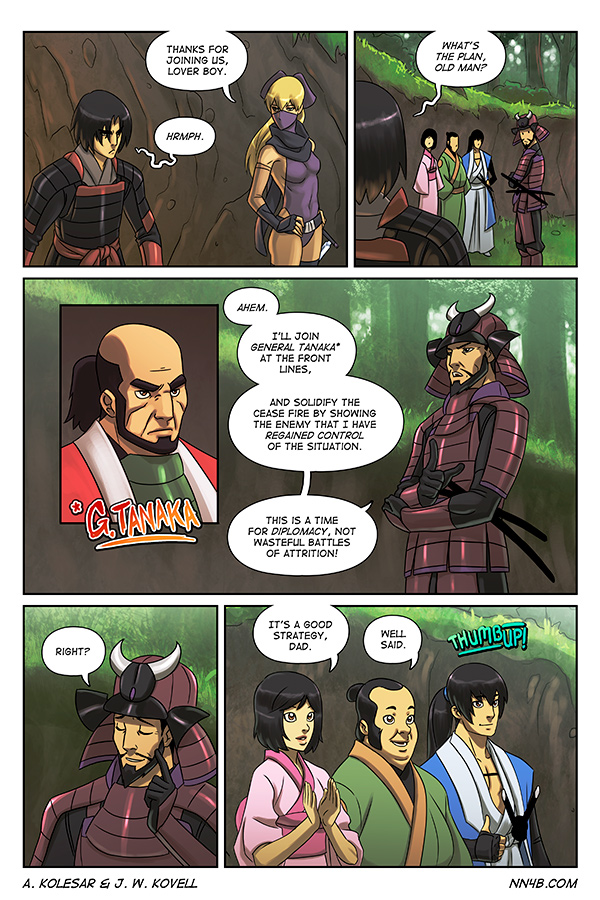