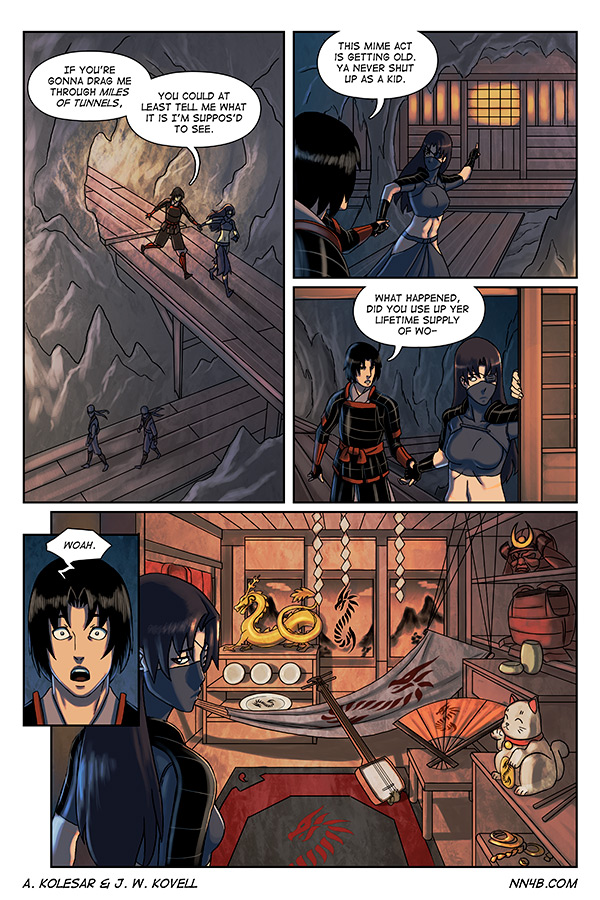 This page was pretty background intensive! I think it came out alright though. I like how Yumiko almost looks shy showing Ken her private room full of Daisuke clan paraphernalia. Maybe she’s not a stoic ninja badass 100% of the time! And maybe Ken’s not a psychopathic jerk 100% of the time. Or maybe I’m wrong on both counts and they’re perfect for each other!

I picked up Pikmin 3 for the WiiU. I haven’t played it much because I’m still obsessed with unlocking all the things in Hyrule Warriors, but from what I have played, I can see it becoming an equally time consuming addiction. For such a light, happy go lucky game, there’s a high level of stress that comes with the sunset time limit on each level. I don’t like time limits! Also, the Pikmin controls are awkward as heck. Maybe they’ll feel better once I spend more time with them and figure out how to lock on to bosses. And what’s the deal with this planet you’re on? It’s full of weird aliens creatures, but then there’s also sorts of terrestrial fruit and vegetation, and at least one cell phone that looks like what I owned in college. Maybe the Pikmin games take place thousands or more years in the future after Earth colonized other planets, but the human race died off, leaving an assortment of artifacts and transplanted agriculture across the galaxy. Or maybe it’s just a coincidence. 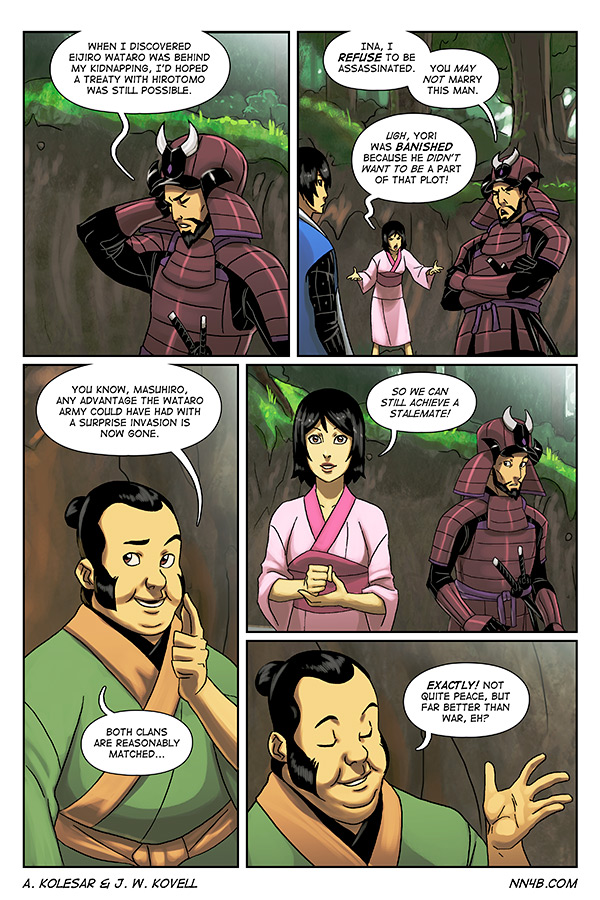