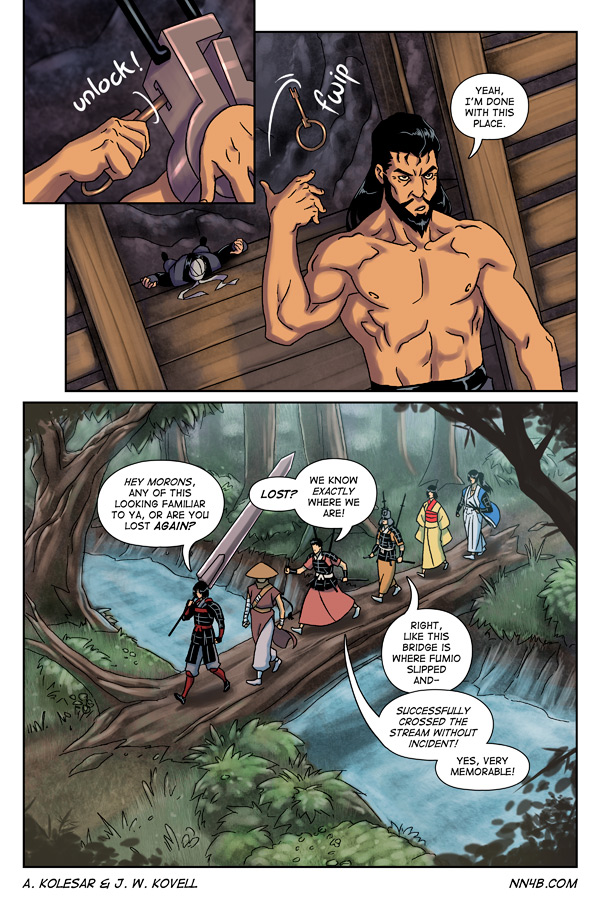 And it’s back to the main cast! Joe has been having far too much fun writing the bandits’ dialog. They’re stealing every scene! The poor main cast is having a hard time being as entertaining, it would seem.

Anyone as excited about all the upcoming Nintendo games? Super Mario 3D World, Bravely Default, Mario Kart 8, A Link Between Worlds, Dual Destinies!! I don’t really consider myself a Nintendo fanboy, but nearly every game I’m excited about is on a Nintendo console. I should really consider picking up a WiiU, maybe if they come out with a Mario Kart bundle… I don’t have a 3DS either, but I snatched Joe’s since it was gathering dust, and have since put it to good use with 80+ hours of Fire Emblem Awakening. I really like that game! I’m also currently on Ace Attorney 3: Trials and Tribulations on my iPhone. Once that’s done, I suppose I’ll have to order the next two games on amazon so I can go into Dual Destinies fully prepped on the goings-on of the Ace Attorney universe. Also, Sonic’s back for Smash Bros, but no Snake? He was totally my main in Brawl! What am I going to do?? I mained Roy in Melee and he flew the coup, too. Not cool, Nintendo!

Published on October 2, 2013 by Alex Kolesar 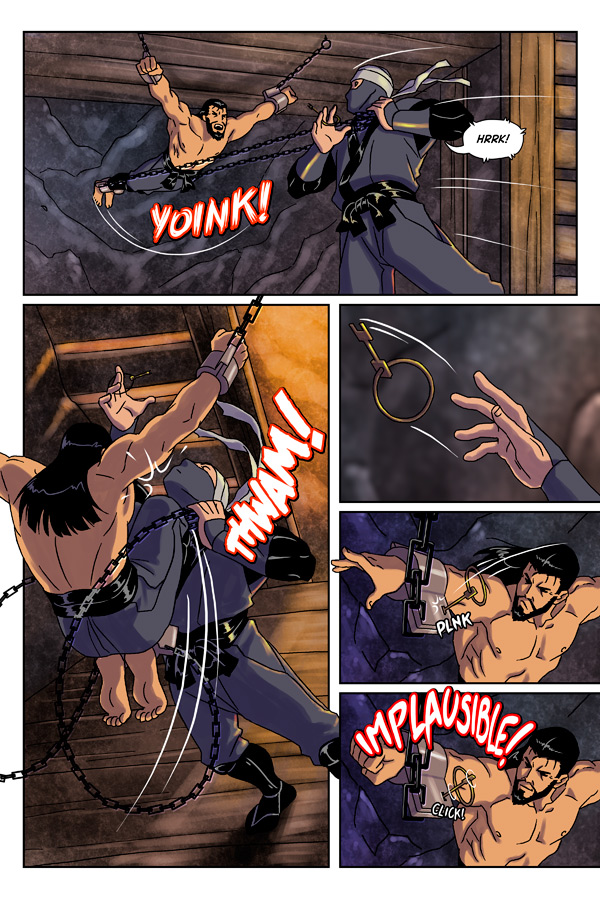